This NASA Chandra Image Of A Supernova Remnant And Pulsar Combination Looks Like A Huge Space Lobster! 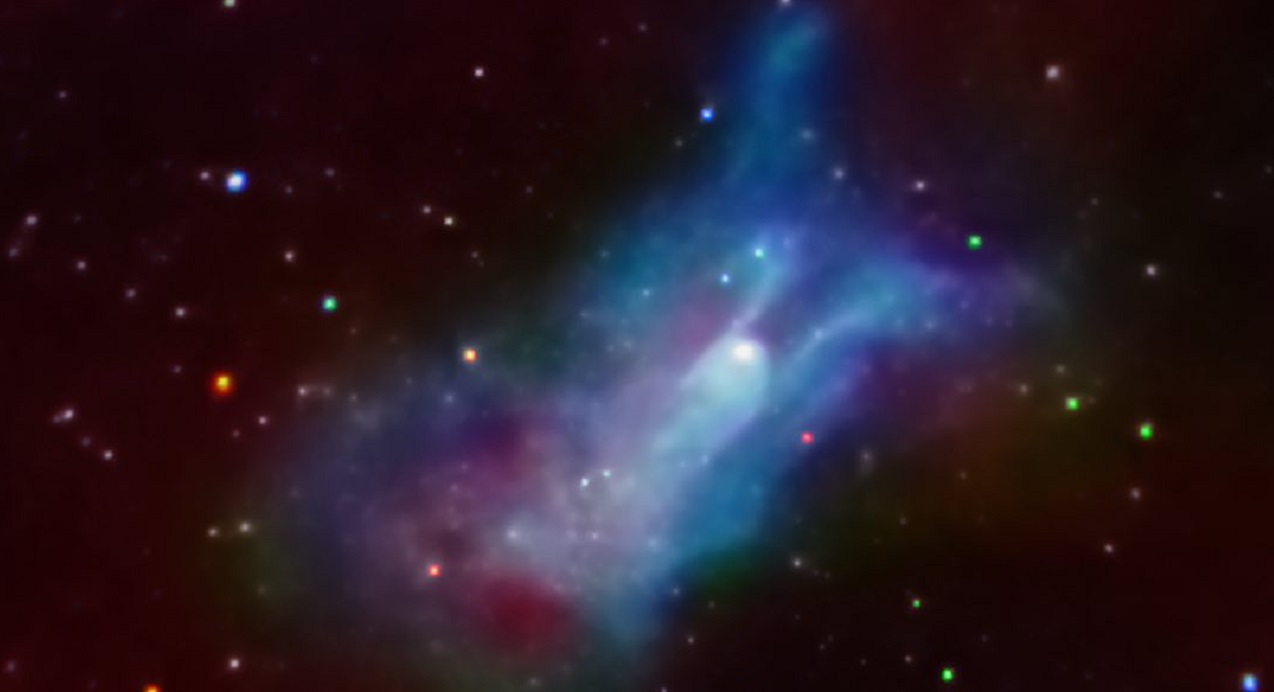 The National Aeronautics and Space Administration (NASA) recently shared an image of G327.1, a supernova remnant and pulsar combination that looks like a humongous space lobster! The image has been shared by NASA on its Chandra X-ray Observatory’s official Instagram page. Ever since its posting, the image has received over 15,000 likes and 50 comments.

SEE ALSO: This Tool By NASA Tells You What Hubble Telescope Observed In Space On Your Birthday!


The caption for the image states, “We’re giving in to “pier pressure” today with this image of G327.1 — a supernova remnant and pulsar combination that looks like a humongous space lobster! This colossal crustacean is more than 70 light years across”. The image was shared by NASA Chandra on the occasion of National Lobster Day that’s celebrated on June 15 every year. Check out the image:

According to NASA, this Chandra image of G327.1 shows an outward-moving shock wave (faint red color) and a bright pulsar wind nebula (blue). “The pulsar wind nebula appears to have been distorted by the combined action of a reverse shock wave, which may have flattened it, and by the motion of the pulsar, which created a comet, or lobster-like tail”, states NASA.


Furthermore, the space agency explains that an asymmetric supernova explosion may have given a recoil kick to the pulsar, which is why it started moving rapidly and dragged the pulsar wind nebula along with it. Now in case you’re wondering how exactly this image resembles a lobster, you can observe two structures resembling lobster claws protrude from near the head of the pulsar wind nebula. The origin of these features is currently unknown.

SEE ALSO: Take A Look Around Mars With This 360-Degree Video Captured By NASA’s Perseverance Rover

YouTube Music is soon going audio-only for free users and will no longer play music videos alongside the audio. The platform recently announced...
Read more
Science