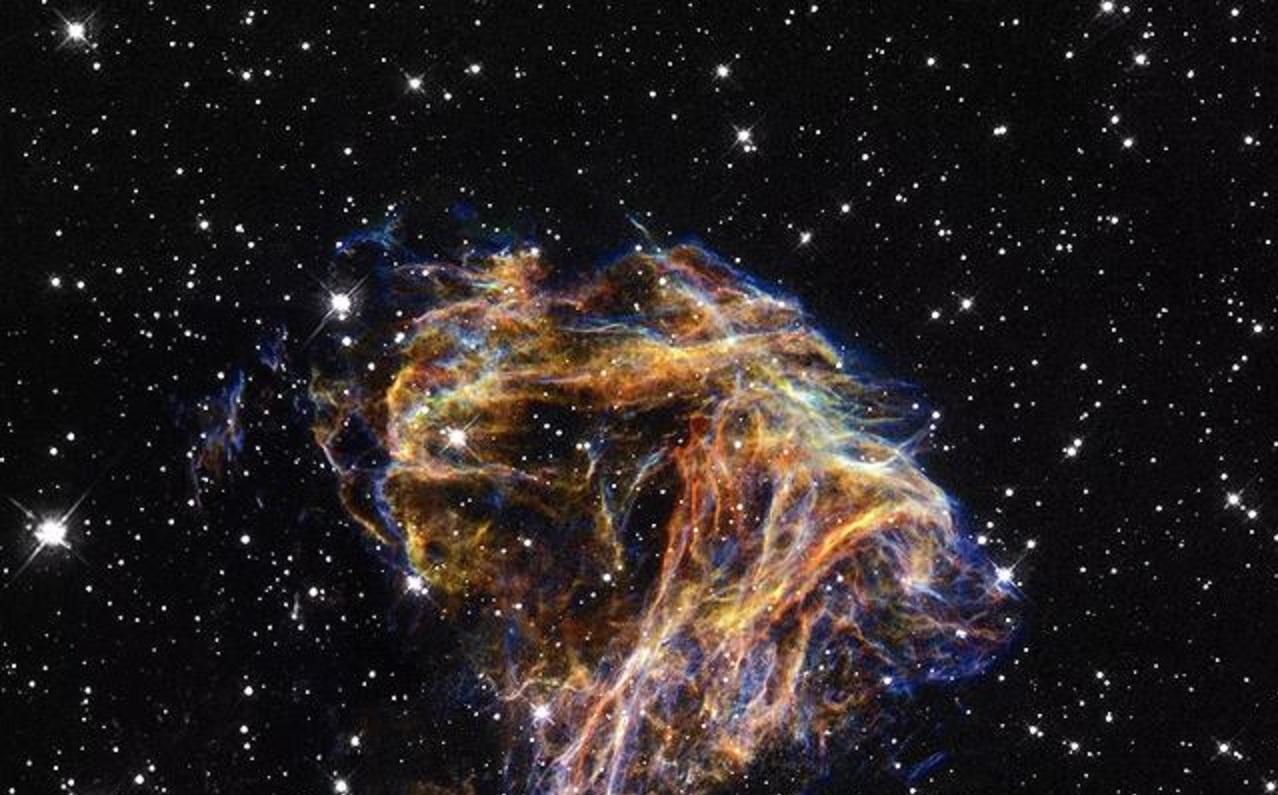 Caption for the image shared by NASA Hubble states that “Interrupting your feed for a cosmic fireworks show! 🎆 This #HubbleClassic image shows the aftermath of a massive star that died in a supernova blast, whose light would’ve reached Earth thousands of years ago. This supernova remnant, called N 49, is located in the Large Magellanic Cloud, a nearby companion galaxy to our Milky Way”.


Ever since its posting, the image has received over 1,00,000 likes and 500 comments. One user commented, “I’m not sure if this is photoshop or not, but if it isn’t it looks like a warrior’s head to me 😍 magnificent”. Another one wrote, “this is an awesome shot”.

NASA states that supernova remnant (SNR) as the remains of a supernova explosion that are extremely important for understanding our galaxy. They heat up the interstellar medium, distribute heavy elements throughout the galaxy, and accelerate cosmic rays. Supernova remnant N49 is located in the Large Magellanic Cloud, a nearby companion galaxy to our Milky Way, that’s early 200,000 light-years from Earth.


As per NASA, the Large Magellanic Cloud is a satellite galaxy of the Milky Way that floats in space in a long and slow dance around our galaxy. Vast clouds of gas within it slowly collapse to form new stars. In turn, these light up the gas clouds in a riot of colours, visible in this image from the NASA/ESA Hubble Space Telescope. The Large Magellanic Cloud (LMC) is ablaze with a star-forming region.