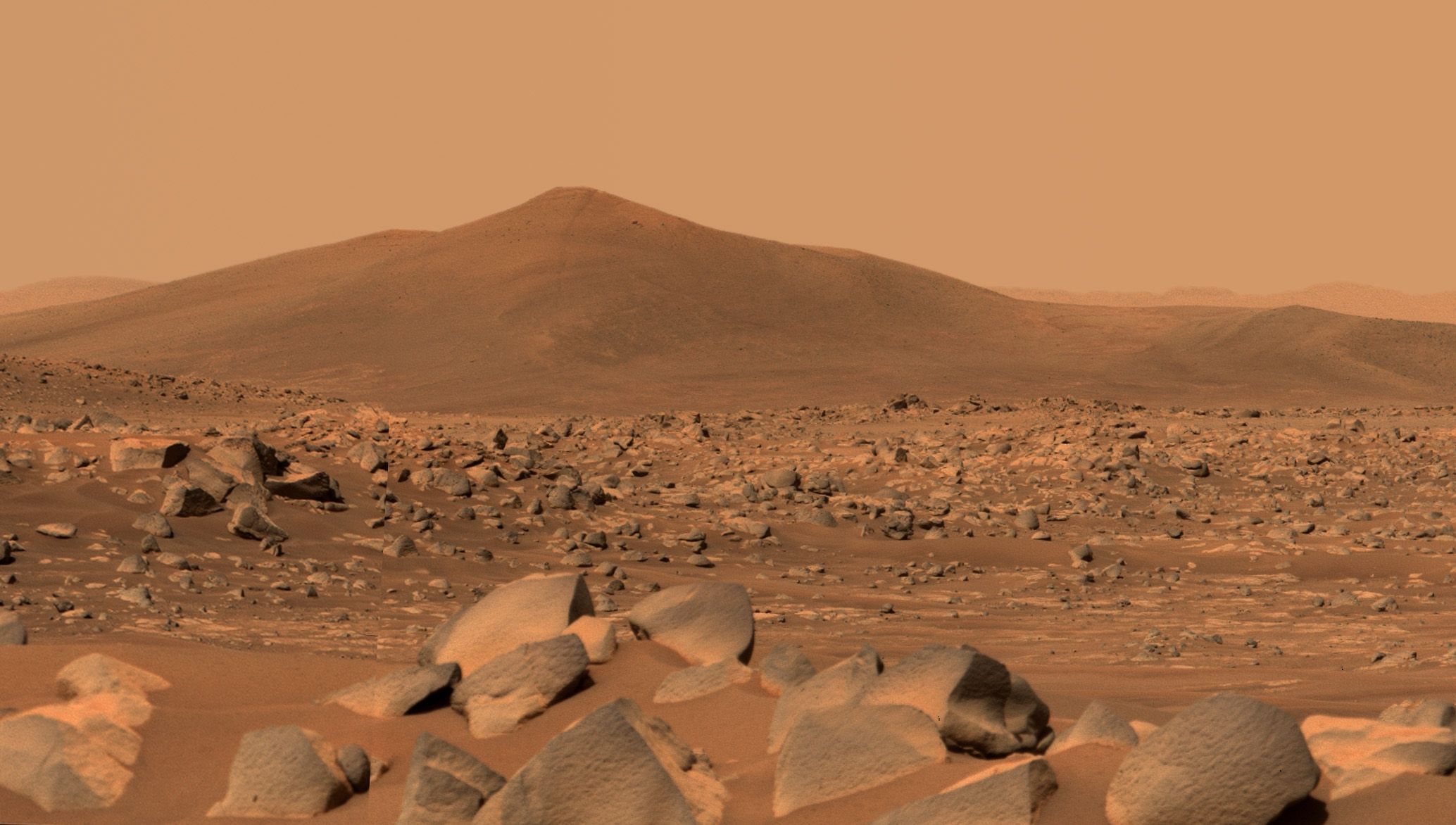 There’s some exciting news for all space nerds out there! The National Aeronautics and Space Administration (NASA) recently released a 360-degree panorama of Mars captured by its Perseverance rover’s Mastcam-Z stereo imaging system. NASA has also released a 360-degree video of the red planet.


The panorama images and the videos released by NASA are super cool as they let you have a look around the red planet as you desire. You can also zoom in to a particular spot on the image if you want to observe it more clearly. In the case of the video, you can use the arrows in the top left or click and drag your cursor or mouse, to move the view up/down and right/left. Exciting, right?

NASA states that Perseverance captured this 360-degree view at “Van Zyl Overlook,” where the rover was parked for 13 days as the Ingenuity helicopter performed its first flights. Talking about the details of the image, the 2.4-billion-pixel panorama is made up of 992 individual right-eye Mastcam-Z images combined together. The images were taken between April 15 and 26, 2021, or the 53rd and 64th Martian days, or sols, of the mission. Check it out:

NASA further explains that a few small patches of near-field sand were covered by parts of Perseverance when the right-eye Mastcam-Z images were taken. To fill these gaps, images of the same sandy patches captured by Mastcam-Z left-eye camera were used. Moreover, imaging coverage of the sky has been digitally smoothed and expanded to match the actual sky color observed as the panorama was being acquired on Mars. Click here to view the panorama images.

Share
Facebook
Twitter
Pinterest
WhatsApp
Linkedin
Email
Previous articleGigafactories: Europe tools up against US and Asia as a car battery force
Next articleThrowback! Salim Khan’s hilarious answer to questions about Salman Khan’s wedding will leave you in splits

High hopes for ‘versatile’ mRNA tech. How it works

The coronavirus pandemic has made vaccines from Pfizer/BioNTech and Moderna and the mRNA technology that they...
Read more
Science

Prolonged Trips In Space Can Cause Potential Brain Damage

Despite it being more than half a century since the first human ever...
Read more