Scientists Spotted A ‘Space Hurricane’ Above Earth For The First Time Ever! 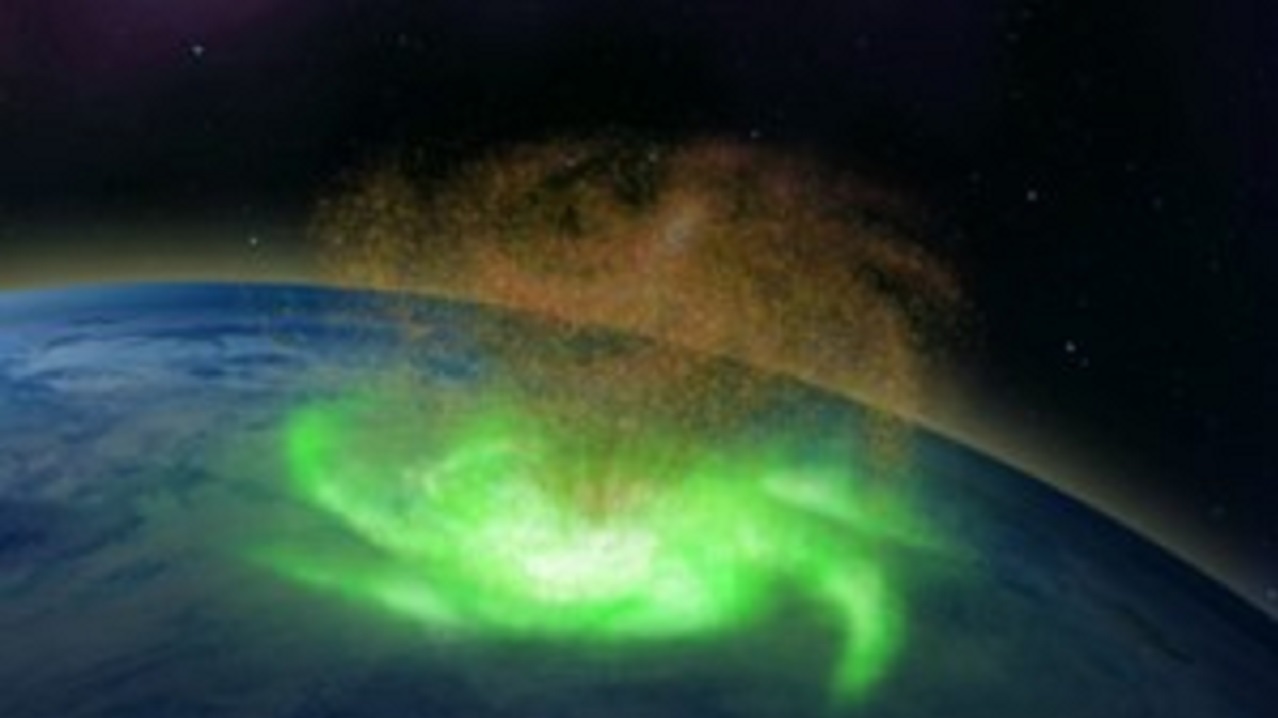 Scientists have revealed in a new study that they spotted a “space hurricane” spinning over 125 miles above the North Pole for the first time ever in 2014. These observations were uncovered during retrospective analysis by scientists at the University of Reading, as part of a team led by Shandong University in China, that confirmed the hurricane. The study has been published in the journal Nature Communications last month.

According to a press release by the University of Reading, this space hurricane analysed by the scientists in Earth’s ionosphere was found to be spinning in an anticlockwise direction with multiple spiral arms and lasted for almost eight hours before breaking down. This analysis led to the creation of a 3D image of a 1,000km-wide swirling mass of plasma several hundred kilometres above the North Pole. The 3D image resembles the hurricanes that occur in the Earth’s lower atmosphere.


SEE ALSO: Humans Have Started To Dump Trash On The Martian Surface: Report

“We present an observation of a long-lasting, large and energetic space hurricane in the northern polar ionosphere that deposited solar wind/ magnetosphere energy and momentum into the ionosphere during several hour periods of northward IMF and very low solar wind density and speed,” states the study.

The occurrence of tropical storms is associated with huge amounts of energy. These space hurricanes are also a result of unusually large and rapid transfer of solar wind energy and charged particles into the Earth’s upper atmosphere.


“Until now, it was uncertain that space plasma hurricanes even existed, so to prove this with such a striking observation is incredible,” said Professor Mike Lockwood, a space scientist at the University of Reading. For the analysis, scientists followed methods including checking data from the satellites, radars and other sources for consistency.

The press release notes that this occurrence of a hurricane during a period of low geomagnetic activity suggests they are more common than you think within our solar system and beyond.

Share
Facebook
Twitter
Pinterest
WhatsApp
Linkedin
Email
Previous articleApple Spatial Audio: How it works and how you can use it
Next articlePVR to invest ₹ 150 crore to add 30-40 screens next fiscal; eyes 1,000 screens by FY23

Do you believe there’s life on Venus? In 2020, a team of astronomers had announced that they detected the chemical phosphine...
Read more
Science