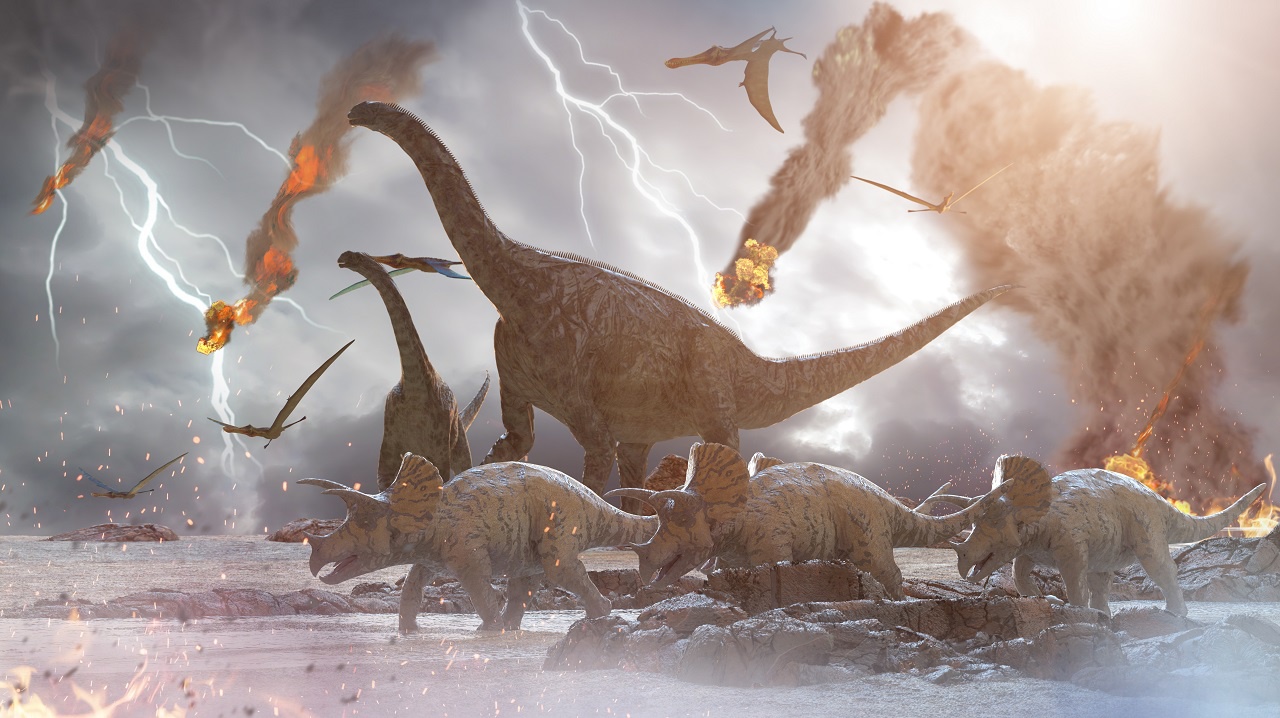 Ever since dinosaurs disappeared from the face of the Earth, researchers and archaeologists have been trying to figure out what exactly led to the extinction of thee, giant creatures. An asteroid impact on Earth is often believed to be the reason behind dinosaurs extinction. And now researchers believe that they have “closed the case” of what killed the dinosaurs. The researchers link the extinction with an asteroid based on one major evidence – they found asteroid dust inside the impact crater.

SEE ALSO: Dinosaurs Were Not Killed By An Asteroid But A Comet, Claims Study


The new study is led by Steven Goderis, a geochemistry professor at the Vrije Universiteit Brussel, has been published in Science Advances on Feb. 24. The study is the latest to come from a 2016 International Ocean Discovery Program mission co-led by The University of Texas at Austin that collected nearly 3,000 feet of rock core from the crater buried under the seafloor.

In the study, researchers found a spike similar to an iridium spike in a rock that had been pulled from the crater. Within this crater, the sediment layer that deposited after the asteroid strike is extremely thick and helped scientists accurately date the dust to two decades after the massive asteroid impact.


In addition to iridium, the crater section also showed high levels of other elements associated with asteroid material. The concentration and composition of these “asteroid elements” matched the measurements taken from the geologic layer at 52 sites around the world. Goderis states he combined the results from four independent laboratories around the world to ensure the results were right.

Do you believe there’s life on Venus? In 2020, a team of astronomers had announced that they detected the chemical phosphine...
Read more
Science