NASA Shares Image Of Mars Moon ‘Phobos’ That Looks Like A Potato! 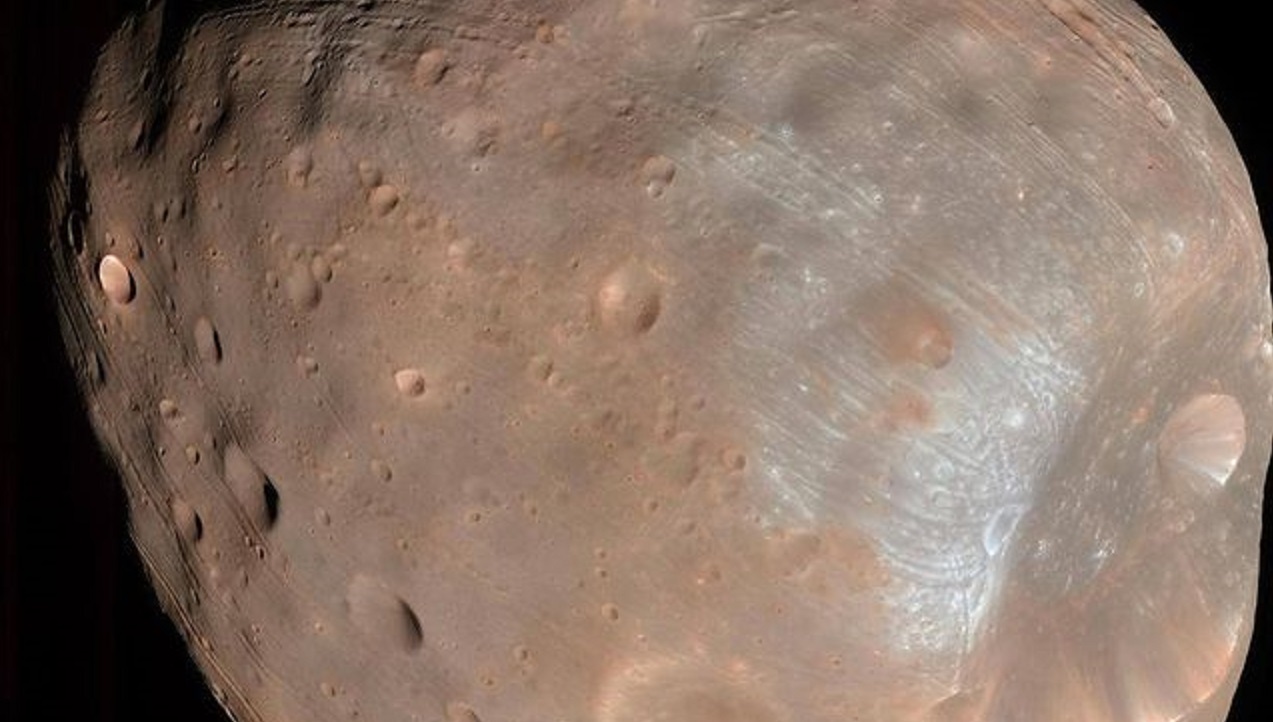 The National Aeronautics and Space Administration (NASA) recently shared an image of a Mars moon that looks like a potato! The image was shared by NASA on its official Instagram account and has received over 1,000,000 likes.

The caption for the image states, “You say potato, we say Mars Moon.⁣ This is an image of Phobos, the largest of Mars’ two raggedy moons, as seen by the @UAHiRISE camera aboard our Mars Reconnaissance Orbiter spacecraft. Taken from 6,800 kilometres (4,225 miles) above the surface, the image shows a pockmarked celestial body with a large impact basin called Stickney crater”.

It further states that Phobos was discovered in 1877 by American astronomer Asaph Hall, and one popular theory is that it might be a captured asteroid. In Greek mythology, Phobos and Deimos are the twin sons of Ares (Mars in Roman mythology).⁣ Check out this stunning image:

“The grooves seen along its side could be the result of tidal forces – the mutual gravitational pull of the planet and the moon. Scientists have calculated that tiny Phobos is nearing Mars at a rate of 1.8 meters (6 feet) every century, meaning it will either crash into the planet in 50 million years or break up into a ring of debris,” states the caption.

NASA recently also shared an image of a sparkling galactic duo captured by NASA Hubble Space Telescope. The duo is located approximately 350 million light-years away. In this image here, you can spot a galaxy on the left – a lenticular galaxy, and a galaxy on the right – a spiral galaxy facing side-on. These two galaxies are members of the Perseus galaxy cluster.