NASA Hubble Shares Never-Before-Seen Look Of An Eclipse On The Planet Uranus! 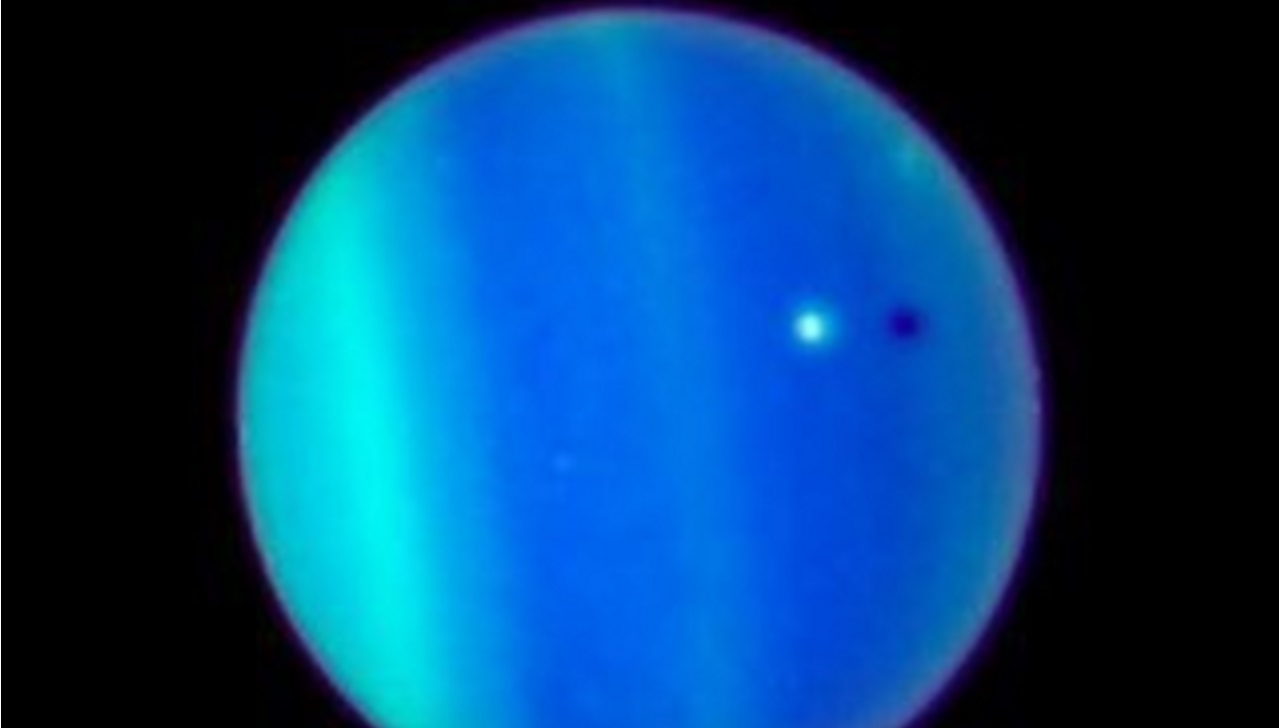 The National Aeronautics and Space Administration (NASA) recently released an image of the never-before-seen look of an eclipse on the planet Uranus! The image received over 78,000 likes and 200 comments. It has been shared by NASA Hubble’s official Instagram account.

SEE ALSO: This Tool By NASA Tells You What Hubble Telescope Observed In Space On Your Birthday!


The caption for the image states, “#OTD 15 years ago, Hubble captured a never-before-seen look of an eclipse on the planet Uranus! Its moon Ariel is seen here casting a shadow on the planet’s cloud tops”. This Hubble Space Telescope image shows a moon traversing the face of Uranus and its accompanying shadow. A white dot can also be spotted near the center of Uranus’ blue-green disk is the icy moon Ariel.

NASA Hubble is regularly sharing new images of our universe and it recently also shared an image of a “bird’s eye view” of two interacting galaxies in NGC 6745. Gas and dust clouds collide, triggering star formation under high velocities and pressure. NGC 6745 is located around 200 million light-years away and is spread about 80,000 light-years across.


It also shared an image of the sharpest view of the Orion nebula that received over 787,000 likes and 2,000 comments. It was taken using the Advanced Camera for Surveys aboard the telescope. This image is a combination of 520 Hubble images, taken in five colours, and ground-based photos to fill out the nebula. You can also keep tabs on universe-related things on the NASA Chandra X-ray Observatory page.

Share
Facebook
Twitter
Pinterest
WhatsApp
Linkedin
Email
Previous articleSlack has the absolute worst ad of the Olympics
Next articleNew Clip Of ‘Money Heist’ Season 5 Hints At A Final Checkmate For The Professor; Trailer To Drop On This Date