Reddit chief: I was late to spot GameStop stock mania

Most of us have seen the dreaded “No Internet” error message on Google Chrome. You can actually turn this screen into a fun,...
Read more
Gaming

Update: The largest Walmart restock of PS5 and Xbox Series X in 20211 is over, and the US retailer is now sold out....
Read more

The Amazfit GTR 2e and Amazfit GTS 2e were launched in India today, adding to the lineup of Amazfit budget smartwatches in the country. Originally slated to launch on January 19, the watches have now already been listed on the Amazfit India website. The new Amazfit watches will both be available in three colours.

The Amazfit GTR series has been implementing a round dial design and the GTR 2e continues the tradition with a 1.39-inch circular AMOLED display with 2.5D glass and an anti-fingerprint coating. The watch has a 454×454 resolution and about 326ppi (pixels per inch). The clock is kept ticking by a 471mAh battery which is claimed to last up to 24 days on normal usage, 45 days on basic usage and 12 days on heavy usage.


The Amazfit GTR 2e will be available in three colours – Matcha Green, Obsidian Black and Slate Grey. It is priced at Rs 9,999.

The Amazfit GTS 2e will feature a rectangular dial similar to the Apple Watch series. The 1.65-inch AMOLED display here also has 2.5D glass and an anti-fingerprint coating. It has a 348×442 resolution and a pixel density of about 341ppi. There is a smaller 246mAh battery that lasts about 14 days on normal usage, 24 days on basic use and 7 days with heavy usage.

The Amazfit GTS 2e will also be available in three colours – Lilac Purple, Moss Green, and Obsidian Black. It is also priced at Rs 9,999.

Both the smartwatches are equipped with BioTracker 2 PPG sensors that can also detect blood oxygen saturation levels. The watches are capable of 24-hour heart-rate detection. Sleep detection, and stress monitoring. There is also the Huami PAI assessment system that keeps users motivated towards their fitness goals. 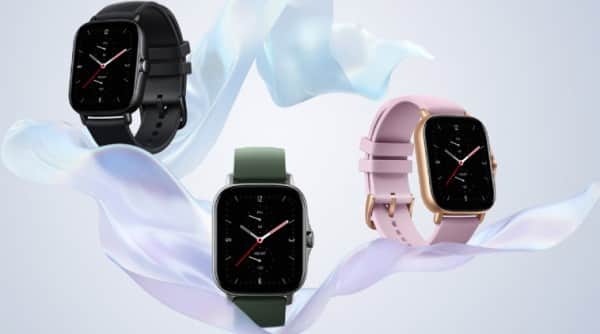 The watches support notifications for messages and incoming calls. Connectivity is via Bluetooth 5.0 and the sensors on board include the acceleration sensor, gyroscope sensor, geomagnetic sensor, ambient light sensor, air pressure sensor, and temperature sensor. The watches are also 5ATM water resistance. While the GTR 2e weighs 32 grams, the GTS 2e is slightly less heavy at 25 grams.

Both the Amazfit GTR 2e and GTS 2e are available for purchase on the Amazfit India website. However, we may soon find the two watches available on other e-commerce sites as well.

Apple now lets you transfer iCloud images to Google Photos; Here’s how to do it

Apple has launched a new tool for iPhones that lets users transfer all their photos and videos from Apple’s own iCloud to Google...
Read more
Science

Fly me to the Moon: Japan billionaire offers space seats

TOKYO: It's the sort of chance that comes along just once in a blue Moon: a Japanese billionaire is throwing open a private...
Read more

When it comes to car accidents, it isn’t a matter of if, but when. The costs associated with vehicle collisions can be quite high, with...
Read more
Entertainment

Alphabet’s YouTube will lift its suspension on former US President Donald Trump’s channel when it determines the risk of real-world violence has decreased,...
Read more
How To

Road Safety World Series T20 series is here. If you're looking for the full schedule of the series and information on how to...
Read more
- Advertisement -

Reddit chief: I was late to spot GameStop stock mania

When it comes to paying conveniently, Samsung Pay makes using your phone as a bank card an easy process; however, there may come...
Read more
This website uses cookies to improve your experience. We'll assume you're ok with this, but you can opt-out if you wish. Cookie settingsACCEPT
Privacy & Cookies Policy