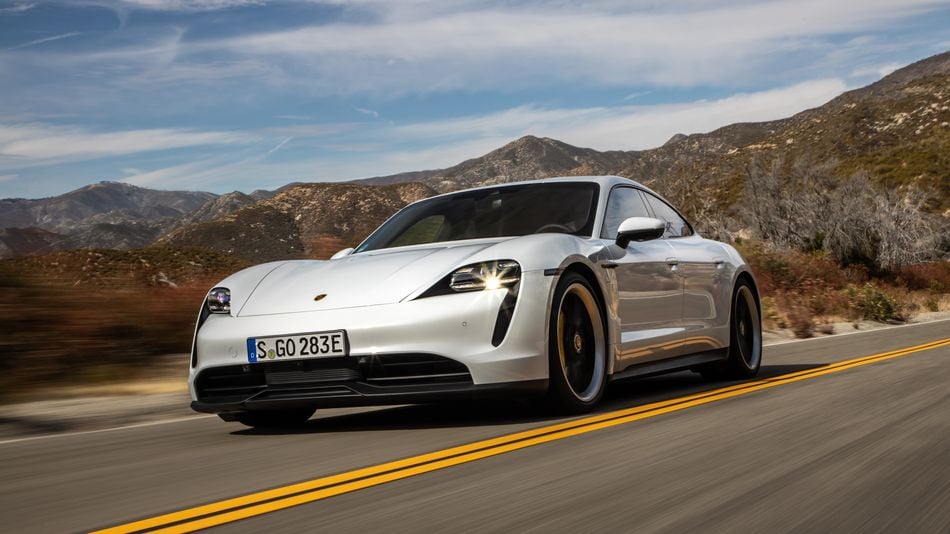 The first electric Porsche Taycans are due for a software update, but it won’t be quick.

Drivers won’t be able to push a button on the in-car screen, connect to WiFi, and update the car while in their own garage. Instead, the $100,000+ electric vehicle needs to be brought into a Porsche dealership. Once an owner has made an appointment, they should plan to be without a car for two business days.


The update is free and it upgrades the EV’s capabilities to match the newer 2021 Taycans, with faster acceleration and more efficient battery charging, along with other improvements to the navigation system and wireless Apple CarPlay connection.

But as Tesla fans were quick to point out when the Taycan update was announced Tuesday, this is a far cry from the established Tesla over-the-air (OTA) software update process.

For years, Tesla has offered free updates to the cars without requiring owners to bring in the vehicle. Smaller bug fixes are frequently sent straight to owners, and Tesla also offers OTA updates for major overhauls, like when it added Spotify, Netflix, and “Caraoke” entertainment options.


Porsche did say that after this first update most of its Taycans will then be OTA compatible. So that’ll hurry up the process in the future. But there’s no guarantee that the next OTA software update will be free like Tesla’s have always been.

No matter, Tesla fans and Taycan critics took this opportunity to mock the old-school, in-person update.

“The automaker will contact 2020 Porsche Taycan owners to set up a dealer visit for their 2021 software update.”

How legacy of them

Getting to know your mechanic and being invited to his kids’ graduations is part of the luxury car experience.

While legacy auto are getting their toes wet with their first OTAs. Tesla AI team have been working hard to refactor their autonomous code to Software 2.0, light years ahead of the legacy auto.

Nice “over to the dealership” OTD update !!

Tesla is expected to release its next big software update soon, known as Version 11. Some leaked photos from Reddit show a new screen layout.

The mobile operator EE is to charge new customers to use their phones in Europe. Source link
Read more
News

Apple Inc. is stepping up its fight to maintain tight controls over which apps can be...
Read more
News

Learn about Arduino, Raspberry Pi, and more with this $20 course bundle

Products featured here are selected by our partners at StackCommerce.If you buy something through links on our site, Mashable may earn an...
Read more

The mobile operator EE is to charge new customers to use their phones in Europe. Source link
Read more
How To

Dual WhatsApp: How to Use Two Accounts on One Android Phone

WhatsApp can be used with two different accounts on the same phone. The instant messaging app is among the most popular apps...
Read more
- Advertisement -