It’s hard to overstate just how popular TikTok is right now. Not only has it become the world’s most popular app — beating out Facebook, of all companies — but its entire practice has been copied endlessly by the likes of Instagram and YouTube. Google is well aware of just how massive TikTok and Instagram have become, and it wants to make sure people are using its search capabilities to find and discover endless videos to show their friends.

Searching for videos from TikTok or Instagram Reels on Google is nearly impossible right now, but according to a new report from The Information, the world’s largest search engine wants to fix that. The company is reportedly communicating with ByteDance and Facebook to try and negotiate a deal to index and rank content from both services.


Of course, no one is jumping at Google’s offer without something in return. Both platforms compete directly with YouTube, especially since the launch of Shorts. TikTok and Instagram are reportedly concerned over YouTube videos ranking above their own — unsurprising, considering the antitrust lawsuits that have surrounded the search engine for years now. 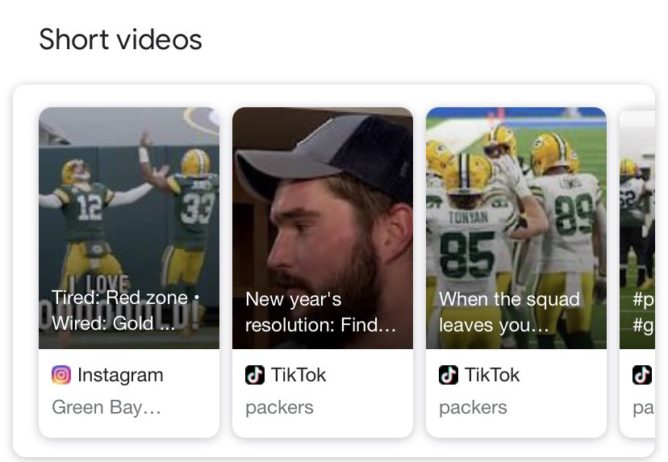 
That said, this isn’t the first time we’ve seen Google display interest in including TikTok and Instagram videos in its results. Last year, the company began testing a “Short videos” carousel linked to both external apps for specific topics. These results could become more broadly accessible if a deal is reached, with improved search returns and, presumably, YouTube Shorts integration.

Although today’s report doesn’t include any potential agreement between the companies, it does highlight a similar deal between Google and Twitter that these social networks could replicate. That contract involves paying a licensing fee in exchange for displaying tweets with news stories and other popular topics. Of course, the YouTube of it all really complicates these negotiations — unlike in Twitter’s case, Google owns a direct competitor to both companies, and all three brands are well aware.