If installs were currency, Google Pay would have 500 million in the bank

Mobile payments are the way of the future (or so I’ve been told), and it seems Google’s well aware of that. The company has spent the last year completely renovating its Pay app to be far more advanced than anything that’s come before. Spending habits, sending and requesting money from friends, and rewards programs are all part of the relaunched effort, and with its latest installs milestone, it seems to be paying off for Google (no pun intended).

As it stands, there are two unique packages for Google Pay. While the legacy application — still used throughout much of the world — is holding steady at 100 million installs, the refreshed version active in the United States, India, and Singapore has managed to surpass it. At 500 million installs, it looks like Google’s efforts are really paying off, as the app has managed to become more popular than its predecessor ever was. 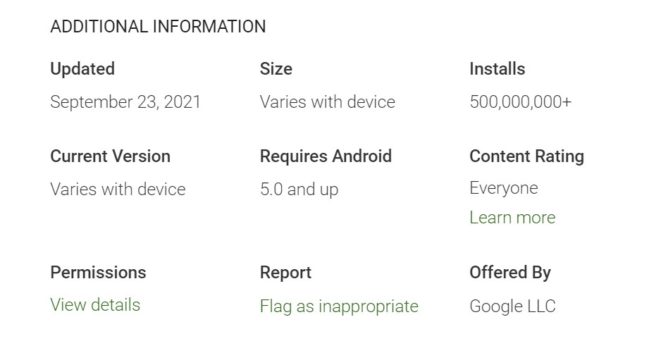 This particular app started as Tez, a mobile payment service developed exclusively for India. By 2019, Google switched its branding while keeping all of the features that made Tez so popular. The following year, it was used as the building block for what we now know as the “new” Google Pay app in the US, and the rest is history.

Despite hitting 500 million installs — many of which are, admittedly, because it’s included on devices out of the box — Pay has a long way to go. It’s still limited to just three countries, and there’s no definitive timeline on when the app might arrive in Europe. As mobile payment services continue to expand worldwide, it can’t be long until Google extends its latest features to other regions. If that does indeed happen, who knows — one billion installs might not be so far away after all.


If you’re in the US, India, or Singapore, you can check out the refreshed Google Pay app using the Play Store link below or download the latest APK from APK Mirror.