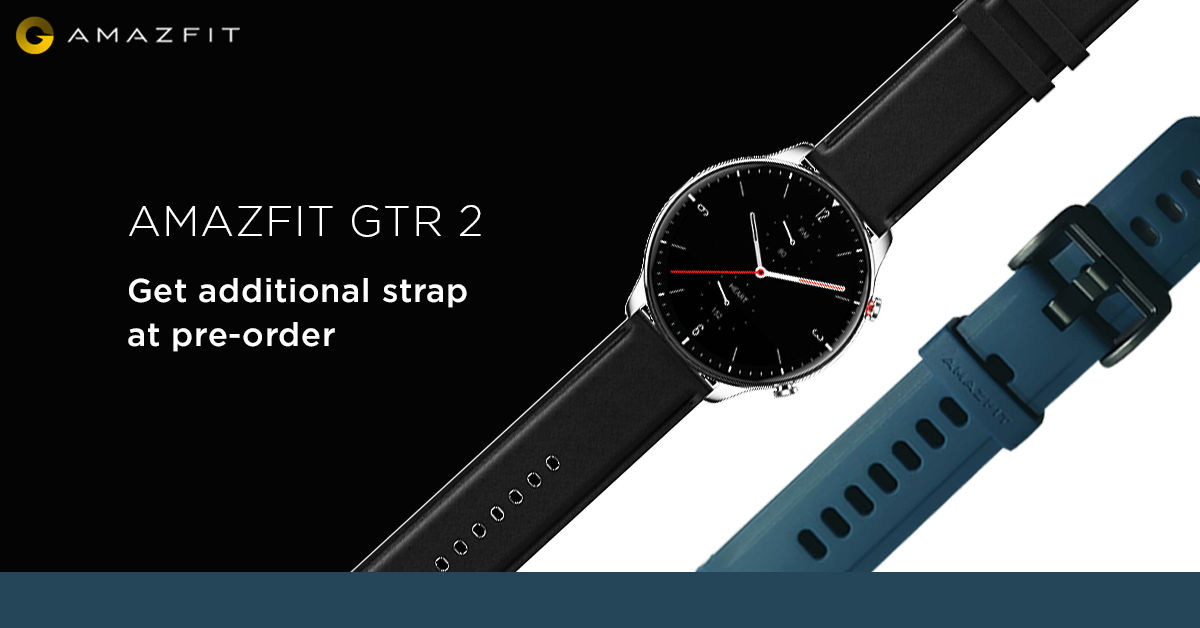 Last week, Huami announced that it would bring its flagship GT2 line of wearables to India on December 17th. Users who are interested in the Amazfit GTR 2 can now pre-order it directly from Huami’s website or Flipkart. Those who pre-order the Huami Amazfit GTR 2 will get a replacement strap along with the purchase. The smartwatch comes in two variants, the Sports Edition and Classic Edition, which are priced at Rs 12,999 and Rs 13,499, respectively. Pre-orders are open till December 17th, after which the Huami Amazfit GT2 will be available for purchase across online and offline channels.


The Huami Amazfit GTR2 is packed to the brim with exciting features like a SpO2 (blood oxygen level) sensor, heart rate tracker, air pressure sensor, 3-axis geomagnetic sensor, and a gyroscope. Its 1.39-inch AMOLED screen has a pixel density of 326ppi and comes with an oleophobic coating. That, combined with its 5 ATM water resistance should allow you to take the Huami Amazfit GTR2 for a swim.

The Amazfit GTR 2 interfaces with a smartwatch via Bluetooth 4.2 and the Zepp app. The app can display a host of body data including the number of calories burned, average heart rate, sleep patterns, number of steps, and more. One can also invoke virtual assistants like Alexa and Google Assistant using the smartwatch, answer phone calls, respond to texts, check notifications, and play music using the Huami Amazfit GTR 2. Its 417mAh battery can provide up to 14 days of battery life with all sensors switched on and up to 38 days with basic use.

Samsung Galaxy Z Flip 3: everything we know so far

In this article, we’ve combined all of the leaks and rumors to help you find out what to expect from the upcoming Samsung...
Read more
Android

Google Workspace users can now use Assistant on Nest Hub

Back in March, Google made Assistant generally available for all enterprise accounts on Android. Workspace users will soon be able to use Google...
Read more
iPhone

Apple’s mobile web browser is the main lightning rod of this year’s iOS 15 beta period and it remains to be seen whether...
Read more