Just like with streaming music platforms, à la carte video services like Netflix offer far too much content for one to suitably get...
Read more
Entertainment

MyCinemaHall, launched during the lockdown, is a pay-per-view OTT platform that puts the film-maker in touch with the audience directly It has been about...
Read more Urbandroid, the developers behind Sleep as Android, have suffered plenty of headaches getting their app to work on a wide range of Android phones. Different manufacturers all think they have great ideas when it comes to stretching out battery life. Usually, they do it by aggressively killing apps in the background, which can break app functionality. Urbandroid even made a site called DontKillMyApp to track and shame the worst offenders and point out how to fix these issues on different phones (if you even can). Now Urbandroid is making a new benchmarking tool to measure your own phone’s background apps performance. Like the previous site, it’s also called DontKillMyApp, and it’s available now in early access on the Play Store.

Screenshots from the app.

So far, using the app seems pretty simple. Fire it up, and you get some details regarding your phone, an explanation for why the app exists, and some troubleshooting solutions in case you have issues with background app management on your phone. At the bottom is a big and obvious “START BENCHMARK” button. Tap it, and you’re presented with durations for the test: up to eight hours in one-hour increments. Tap one of them, and you’re presented with a warning not to charge the phone or use it while the test runs since that can interfere with normal background app management. Tapping “OK” begins the test.

The app’s persistent notification and the test data you get if you tap and stop it.

You get a persistent notification while the app is running its test in the background. Tapping it to end the test gives you a report with a handful of technical measurements for the benchmark. (Though remember: use can interfere with the benchmark if you want reproducible results).

If you were hoping for a bigger app with more details regarding memory management as a whole, this isn’t it. Very plainly and simply, it’s a benchmark. You can use it to easily assess if you’re having issues with background apps, and further test potential fixes as you fiddle with settings. We still have to actually see how the app works across an entire test, though, and we’ll update our coverage once we do.

I confess, we knew this app was coming. Android Police has been working together with Urbandroid developer Petr Nalevka on a related story, and the app was made at least partially at our request. You can expect to see it referenced in upcoming coverage. We were told yesterday that the app is still a work in progress, so there could be some rough edges or issues. Since it’s explicitly labeled an “early access” app on the Play Store, that’s probably to be expected. 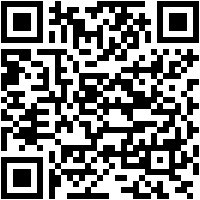 Source: Steve Hemmerstoffer / Voice Sony is preparing to launch its updated smartphone lineup for 2021, and among them is the mid-range Xperia 10...
Read more
iPhone

Honor is said to be working on smartphones that will come with Google Mobile Services (GMS). A report by a Russian publication has...
Read more

Elephants counted from space for conservation

Image used for representation.Both Redmi Note 10 Pro and the vanilla Redmi Note 10 have also purportedly appeared on several certification websites over...
Read more
How To

While Google Stadia doesn't see every game that the PS5 and Xbox Series X do, it does get most of its console rivals'...
Read more
Gadgets

Nikon Z 7II Mirrorless...We were blown away by the original Nikon Z7, which arrived alongside the Nikon Z6 in 2018 as the company's...
Read more
- Advertisement -