This time last year, technology promised a short-term solution to make a dent in the expanding COVID-19 pandemic: Contact tracing apps. By keeping track of who was near who when, it was thought that people could be notified if they came into contact with someone that was sick, and exercise more care themselves to reduce the spread of the virus. So, did you ever install one? 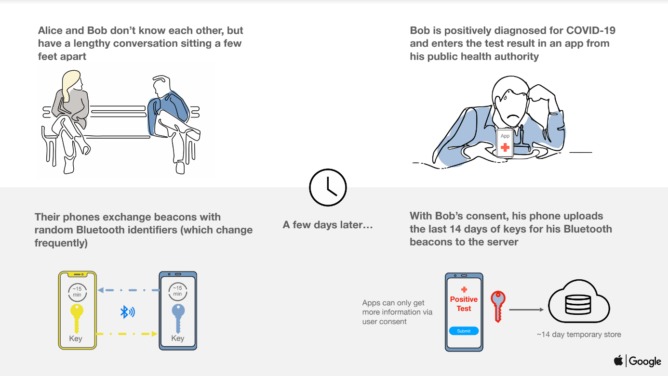 How contact tracing apps work using the standard developed by Apple and Google. 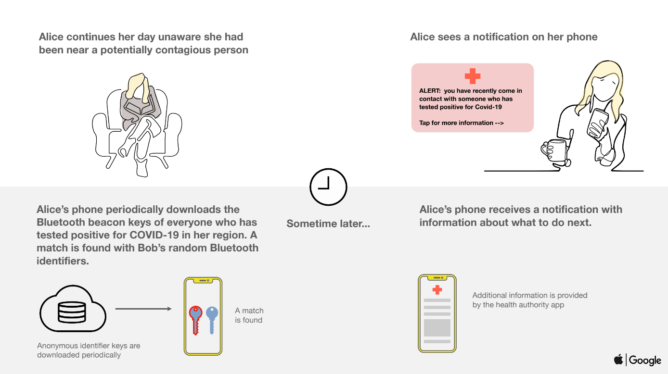 I’m not here to judge the effectiveness of contact tracing apps (though I look forward to a retrospective on the subject), but they don’t seem to have been as large of a part of the conversation regarding the pandemic as they were marketed to be last year. That could be because several states here in the US dragged their heels implementing a system based on Google and Apple’s standards. For example, my own state of Massachusetts only rolled out its app this April and counts a mere “1000+” installs on the Play Store, so it probably didn’t make any difference. However, other governments were way more on the ball, like Ireland, and New York’s app rolled out much earlier.


Contact tracing apps worked pretty simply: Your phone would generate randomized Bluetooth identifiers that other devices could also see, and if you got near enough to someone, your phones would make a note of those IDs (which regularly changed). If and when you got sick, you were supposed to make a note in the relevant app, and anyone who had those anonymized IDs on their device (and was therefore near them) would be notified that they may have been exposed and to take precautions. It was simple, and the system was designed to respect user privacy while still being effective.

For a while, our friends at XDA Developers were maintaining a list of contact tracing apps, and though it seemingly hasn’t been updated since February, it’s a good summary of generally which governments and US states have released apps. So, did you ever download one?