Sydney-based consumer electronics startup Chargeasap has made a name for itself with innovative products like the Flash portable power bank with graphene cells and the clever Infinity charging cable with magnetic tips. Now the company is back with another first. Introducing the fastest and smallest GaN USB-C chargers currently on the market — the Omega 100W and 200W—  and they’ve already raised more than $1 million on Kickstarter.

When you first see the Omega 200W, you won’t believe that it actually delivers as much power as it does — it’s smaller than competing 100W chargers and weighs in at only 220g (0.49lb). Thanks to its two 100W USB-C PPS ports and its two 22.5W USB-A QC3.0 + VOOC ports, it’s capable of charging up to four devices simultaneously, making your desk much less cluttered than if you were to use four bricks. It’s even possible to replenish two 16-inch MacBook Pros at full speed simultaneously. To make the package even more compact, Chargeasap added the world’s first patent-pending 180° folding prongs for easy plug-ins on the wall or the floor. 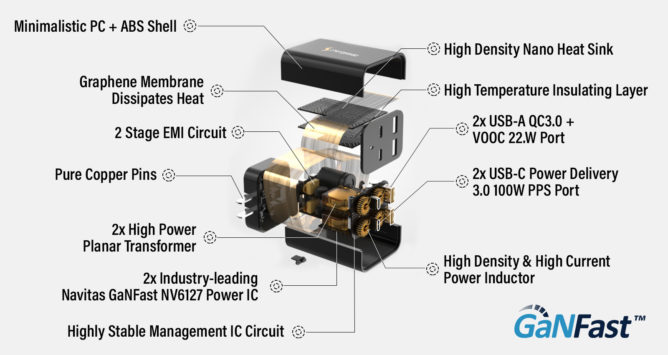 The Omega 100W is equally impressive. It’s super light at 120g (0.26lb) and smaller than a box of mints. Just like it’s bigger brother, it has two 100W USB-C PPS ports and retains one 22.5W USB-A QC3.0 + VOOC port. You can charge three devices simultaneously with it. 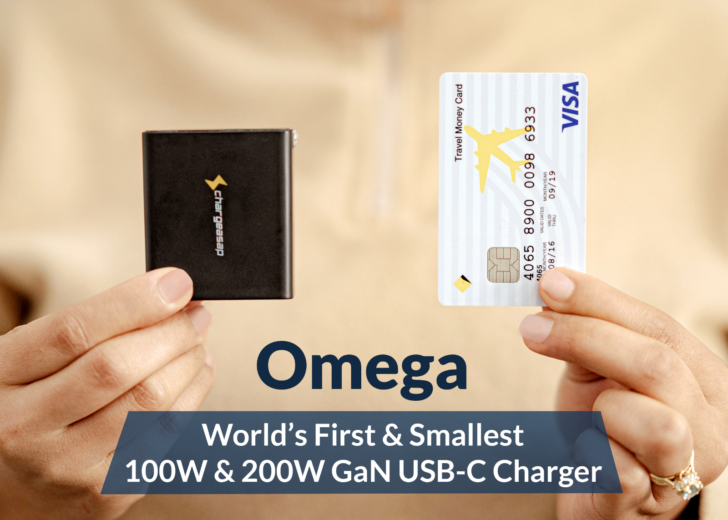 Chargeasap developed both chargers in collaboration with Navitas Semiconductor Inc., the world’s first and only GaN Power IC company. That allows the Omega 100W and 200W to utilize the industry-leading Navitas GaN NV6127 Power IC. GaN, or gallium nitride, is a semiconductor material that’s more efficient than the traditionally used silicon, thus allowing the technology to shrink while still handling higher currents — GaN ICs are over ten times smaller than conventional ICs.

The Omega 200W and 100W are second-generation GaN chargers that solve some of the problems earlier devices had — no more overheating or inaccurate power distribution. Chargeasap made that possible by adding a graphene membrane that helps with advanced heat reduction. 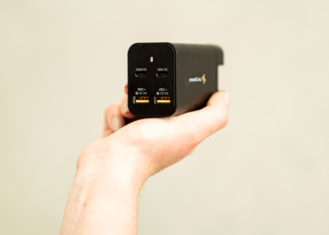 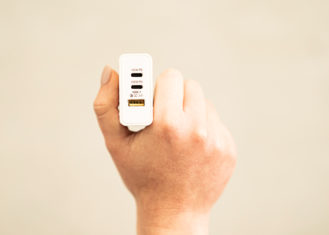 Both Omega chargers are compatible with all Apple devices including the 16-inch MacBook Pro and all Android devices, utilizing charging standards such as QC3.0, VOOC, SCP, AFC, and FCP. The chargers are compatible with US sockets and come with additional adapters for EU, AU, and UK sockets, making them useful out of the box in more than 200 countries. 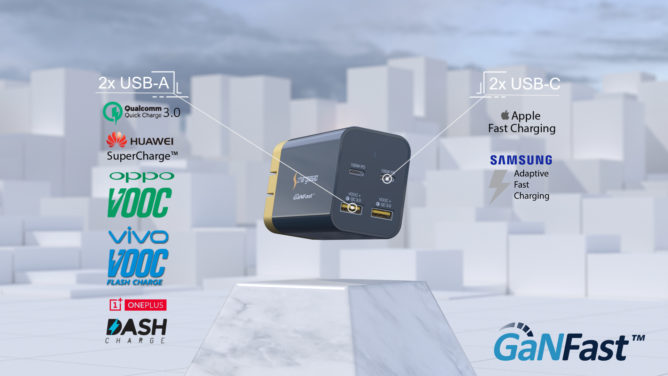 The Omega 200W charger is currently available for only $80 as part of a limited early bird rebate, 46% off the future MSRP. The same is true for the Omega 100W charger, which can be yours for only $45 (50% off the MSRP). Head to Kickstarter to back the project and secure your unit today. Chargeasap has also recently announced a 65W version within the same Kickstarter that claims to be the world’s smallest 65W charger, weighing in at just 85g (0.18lb). There’s only 10 days left until the Kickstarter closes, so this is your last chance to secure these early bird prices. 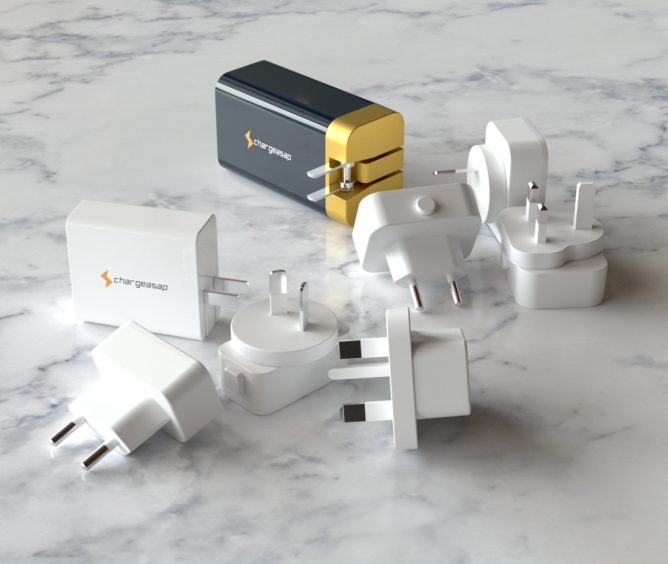 Note: This post is an ad. The content inside does not represent the views or opinions of the Android Police team. Posts like these help fund all the great stuff you see on AP, and you can help support us further by checking out the products or services featured on this page.