Apple’s yearly developer conference, WWDC a.k.a. dub-dub, starts next Monday. For those who aren’t familiar with it, it’s like I/O but for the Apple ecosystem, and it’s where the company announces new software versions and capabilities for its entire product line-up. Over the past couple of years, I’ve been keeping an eye on the main keynote and news coming out of WWDC for a variety of reasons: I’ve been a Mac user for 13 years, I’ve had several iPods and iPads, and I really enjoy being up-to-date with the entire mobile and technology landscape — not just Google. This year, I’m thinking about the conference beforehand and wondering which features I’d love to see from Apple.

This wishlist will look a little different from the ones you’ll see written by Apple users and editors, as I’m coming to it from the perspective of an Android-first (and foremost) user. There are things I’d wish iOS would get so it’d be more on par with Android, things I’d love to see it offer to surpass Android and push Google further, and things that’d really make owning both Google and Apple’s products easier.

I know it’s not happening, but I couldn’t make this a wishlist without wishing for a proper iMessage client on Android. It sucks that a communication platform so widely used is being limited to one platform, it sucks that Apple is locking families and users into its ecosystem with just one service (though it makes perfect business sense), and it sucks that iMessage is contributing to the creation of exclusive clubs where kids — and even adults — feel excluded or bullied if they own an Android device. If the issue was simply a matter of chatting with people, I wouldn’t mention this wish, but at this point, iMessage has become an elitist clique’s best/worst weapon, and it’s about time that stopped.

We’ve had widgets on Android for more than a decade, but they’d lately become the laughing stock of our community. Many new apps have foregone them, others ignored theirs (looking at you, Spotify) or better yet, killed them. It wasn’t until Apple announced widgets for iOS 14 that we saw a renewed interest on our side, which made Google overhaul and rethink widgets in Android 12.

However, Apple’s execution isn’t without its fault and limitations. Currently, iOS widgets are too big (2×2 at least) and are pretty bare-bones: you can’t have music playback controls, scrolling lists, checkboxes, toggles, swipes, or any advanced interactions. You can simply tap certain targets inside a widget, and that’s about it. Good for a v1 product, but v2 should bring more size options and capabilities to widgets in iOS 15, which will hopefully push Google further.

Support for Miracast or Google Cast

If you have an iPhone or iPad, you’ve probably noticed that AirPlay doesn’t recognize your Chromecast or Android TV as a potential target natively. You can cast from apps that add Google’s API, but not on an OS-level, so you can’t share your full screen or AirPlay-only apps. Although it’s a weird ask, I’d love it if Apple snuck in more compatibility with Google’s streaming protocol, just like I’d want Android devices to be able to AirPlay natively. I prefer if my tech played nice together, instead of putting sticks in my wheels, so that I can share any device’s screen on any display wirelessly and without much friction. One could hope, right?

Apple’s equivalent to Quick Settings on Android offers several useful toggles, but it’s been limited to the company’s own functionality ever since it was introduced. I wish third-party apps would be able to plug into it, just like they do on Android, so I could turn on my VPN, use my favorite note or task app, or even launch my favorite Shortcut right from the center, without having to go to the homescreen first. 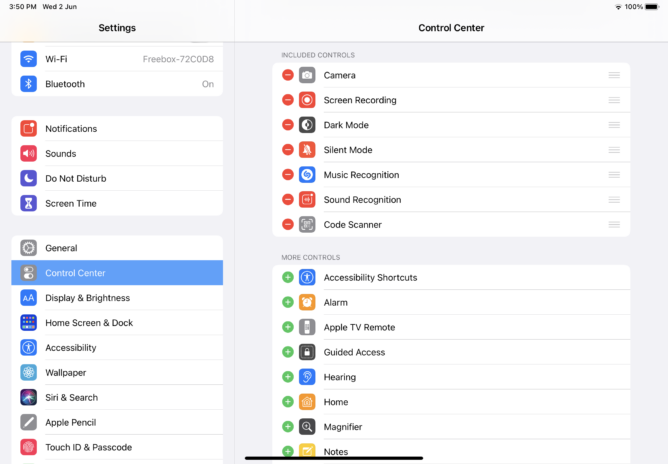 I honestly didn’t know my iPad had a back gesture until someone told me. It works… kinda… in some apps, but it’s clunky, inconsistent, and interferes with many apps. For the OS that spearheaded the gesture movement, this doesn’t sound right. I’d love for Apple to implement a real back gesture so everyone would stop looking for that tiny back button on the extreme top left of apps.

Rumors say Apple plans to revamp notifications on iOS 15 and that could not come soon enough. The entire experience is horrid on iOS. Grouping is quasi non-existent, channels aren’t supported, smart actions are nowhere, and you end up actively ignoring or passively missing plenty of notifications. A full rethink is needed, and users should be able to choose what exactly to be notified by in each app. I love that I can disable specific channels on Android but keep the most important notifications from an app. Granted, the system isn’t perfect, but it lets me filter out a ton of unnecessary pings. Apple should adopt a similar approach. 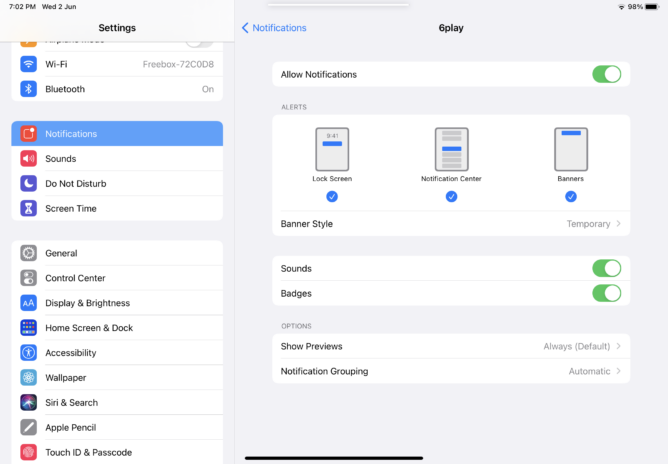 But more importantly, I’m really looking forward to seeing if Apple could completely reinvent notification handling. My phone should be smart enough to realize I’ve already seen a message somewhere else and dismiss its redundant notification; it should deliver timely notifications on the spot depending on what I’m doing, then surfaced less important ones when I have more time in the evening; and it should remind me of an important notification I dismissed and didn’t act on. Our phones have an omnipotent look at our entire lives’ context, so why do they keep treating all notifications the same way no matter where we are or what we’re doing? I feel that Apple could bring a whole new approach here and force developers to adapt.

iOS 14 currently supports setting default browsers and email clients, so you could switch away from Safari and Apple Mail, respectively. As a Google services user, I’m able to choose Chrome and Gmail to handle any URL or email instance on my iPad. But I wish these default categories would expand to calendar, gallery, and maps apps too. Whether you’re like me and would like to set these to Google Calendar, Photos, and Maps, or whether you prefer other third-party services, it doesn’t matter. More choice for the user is often a good thing.

iOS users don’t know how bad they’ve got it with the Apple keyboard. It’s a terrible experience and it lacks so many features that it’s ridiculous. No swipe, no GIF inserting, no number row, no multi-language input, no on-the-spot translations, and I could go on and on. This is an app you use all day long, no matter which other app you’re in, and it’s horrid. A major upgrade is heavily needed there for the sake of everyone. 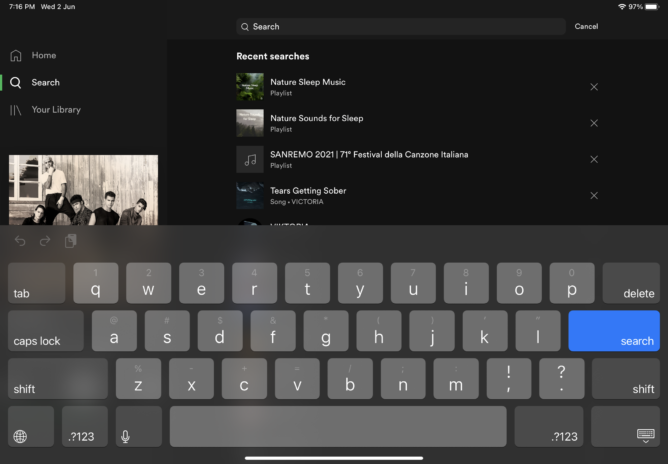 Although I doubt that many of these could be addressed at this year’s WWDC, it’s nice to think of what could be. Even if none of them come to fruition, I’m still looking forward to seeing Apple offer more with its Home app, Shortcuts, Siri, and push its entire ecosystem integration even further. It’s fascinating to see what the company is able to do and how tightly it can tie things together because it controls the full experience from its phones to its tablets, computers, TVs, watches, speakers, and more.