WhatsApp new feature: How to make group video calls on WhatsApp with a single tap

There are a number of background services needed to make Android devices run that present themselves as apps that update via the Play...
Read more
iPhone

Eero Mesh vs. TP-Link Deco M5: Which should you buy? 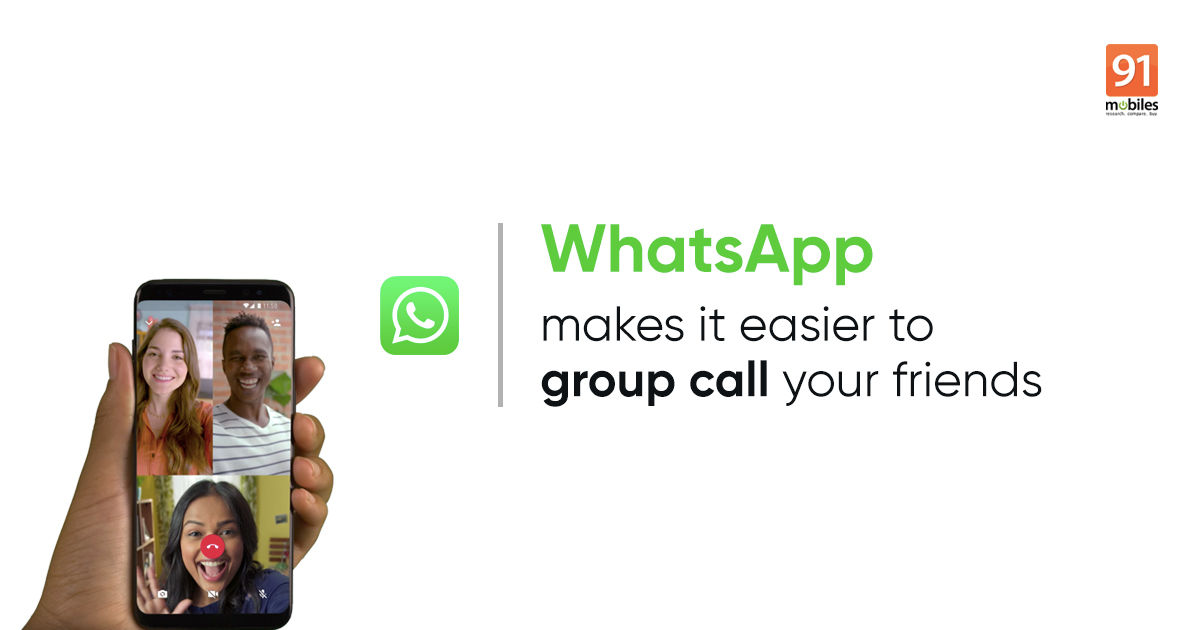 WhatsApp group calls have been made simpler for groups having four or fewer members. With a new update for Android and iPhones, WhatsApp group calls — both video and voice — can be made with a single tap. As announced by the company, they can tap on the dedicated video and voice calling buttons added to WhatsApp group chats with the new update. To recall, WhatsApp group video and voice calls are limited to just four members at the moment. Now, users will not have to go through the tedious task of selecting individual contact for group chats — instead, the call will go to all four members of the group at once. The change has been introduced for iPhones with the WhatsApp v2.20.40 update, while Android users (even the beta testers) are receiving the dedicated buttons in phases.

Till now, WhatsApp users needed to select up to three members in order to make group calls, whether the group has four members or more. With the new update, groups with four members will have dedicated voice and video call buttons on the top-right corner, in the same place where the calling button is in all groups. The individual WhatsApp voice and video group calling buttons only appear in groups with four members (or fewer) as well as in individual chats. The below image will show the difference in placement.


This change will connect the user instantly with all the participants in WhatsApp groups, with a single tap. It should be noted that with this change, WhatsApp groups with four or fewer members will not allow users to directly call just two of the members in a group call. Instead, the call will directly go to all members. So if you do want to make a three-person call, you will have to first call one of the members and then add the third person.

The new WhatsApp update has started rolling on iOS devices with version V2.20.40 on App Store.

How to make group video/ voice calls with one tap

If you want to make WhatsApp group video/ voice calls with a single tap in groups with less then four people, follow the below steps:

That’s pretty much it if you want to make WhatsApp group video/voice calls with a single tap. Of course, if you have a group with five or more members, then you will have to choose which of them you want to have a call.

PAN Card: How to apply PAN Card online, check status, and download it on your device

When people who claim they are able to hear the ‘dead’, it’s not easy to figure out the reason behind their...
Read more
News

Nvidia's cloud gaming platform, GeForce Now, is officially coming "soon" to Australia (as well as Turkey and Saudi Arabia), according to the gaming...
Read more
Gadgets