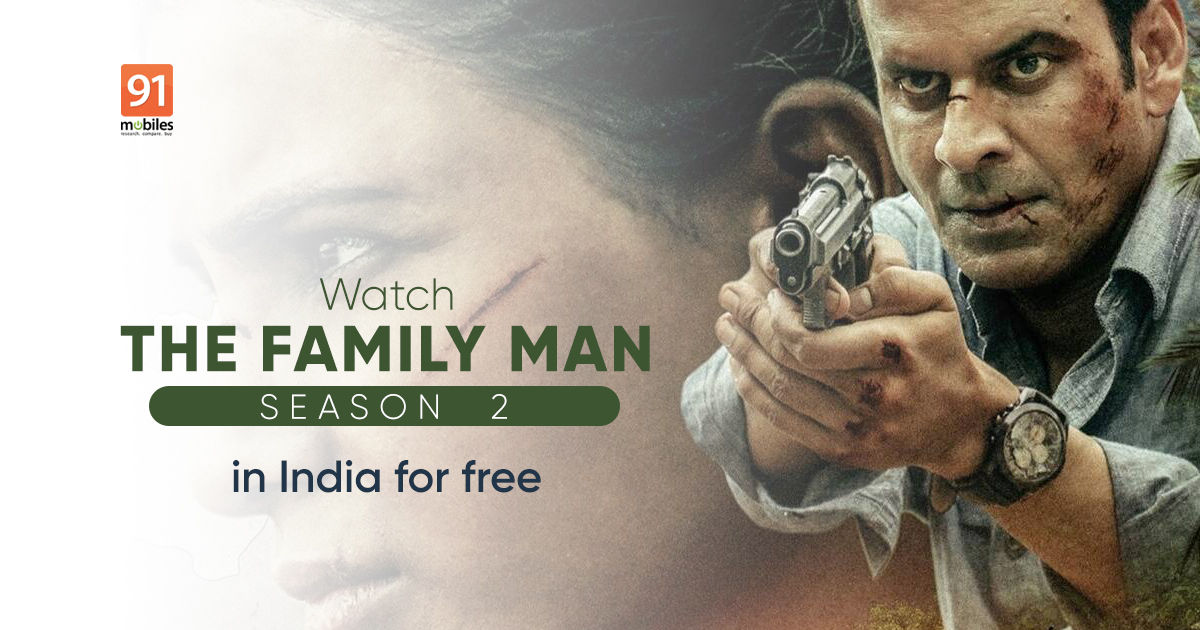 The Family Man season 2 release date in India has officially been announced. The new season sees the return of Manoj Bajpayee’s Srikant Tiwari as he faces a new challenge in Raji, played by Samantha Akkineni. The Family Man 2 trailer was released on Wednesday. The trailer sees Srikant adjusting to his new job and a new boss, tackling his unsettling marriage with his wife Suchitra Iyer Tiwari, played by Priyamani, and missing his old life as an intelligence officer for the Threat Analysis and Surveillance Cell (TASC). With the Family Man 2 release date and trailer announced, here’s a look at how you can watch the show online and for free.

The Family Man Season 2 release date in India is scheduled for June 4th. The web series will premiere exclusively on Amazon Prime Videos in the country. Prime Videos is a paid subscription service that comes bundled with Amazon Prime membership whose plans start at Rs 129 per month and go up to Rs 999 a year. However, there are workarounds with which you can get the subscription and watch The Family Man Season 2 online for free.

How to watch The Family Man online for free

The Amazon Prime membership is available with a prepaid pack priced at Rs 349 and postpaid plans starting at Rs 499. These plans are also bundled with free voice calls, SMSes, data benefits and more. In addition to Prime membership, Airtel Postpaid plans also offers a free subscription to Disney+ Hotstar VIP. The Amazon Prime Videos mobile-only version is bundled with Airtel recharge packs starting at Rs 129. That said, the offer can be claimed on a single Airtel prepaid mobile number only once. So if you haven’t used it before, you can when The Family Man 2 streams online.

Much like Jio, Vi also offers free Amazon Prime membership to its subscribers only with postpaid plans. The plans also come with a free voice, SMSes, data, and subscription to ZEE5 premium. Here’s a quick at them

How to activate free Amazon Prime membership with Jio, Airtel, and Vi

Your service provider will share the link with you to activate your Amazon Prime membership subscription for free. You can also head to Airtel, Jio, and Vi’s respective Airtel Thanks, My Jio, and Vi app, login with your number to activate the subscription.

How to download The Family Man for offline viewing

To download The Family Man episodes for offline viewing, go to the Prime Videos app –> sign-in with your ID –> search for The Family Man –> and tap on the title to open. Below the blue Play/ Resume button, you’ll see the Download icon. This will download all the episodes from the season on your device.

What will be the validity of Amazon Prime membership

The Prime Videos mobile-only will be valid for 30 days, whereas the free Amazon Prime membership that you get from Airtel, Jio, and Vi will be valid for a year. After that, it’ll not be covered in-house. The renewal will be on a chargeable basis. “Amazon Prime is a one-time benefit, applicable only if not already availed with any other Postpaid plan,” says Vi on its website.

iPhone or iPad users can enjoy YouTube videos in picture-in-picture mode, just like Android devices. You don't need to have the YouTube...
Read more
How To

FacebookFacebook recently announced that it’s testing ads within Oculus Quest apps, starting with the paid title Blaston from Resolution Games. Clearly, Blaston was a...
Read more
How To

CBSE Board Class 12 Results 2021: How to Check Online via Official Websites, SMS, More

Class 12 board exams will be declared on July 31, the Central Board for Secondary Education (CBSE) has announced. It is handy for...
Read more

Cyberpunk 2077 has been relisted on the PlayStation store on Monday, June 21, almost six months after its console version was review-bombed for...
Read more
- Advertisement -