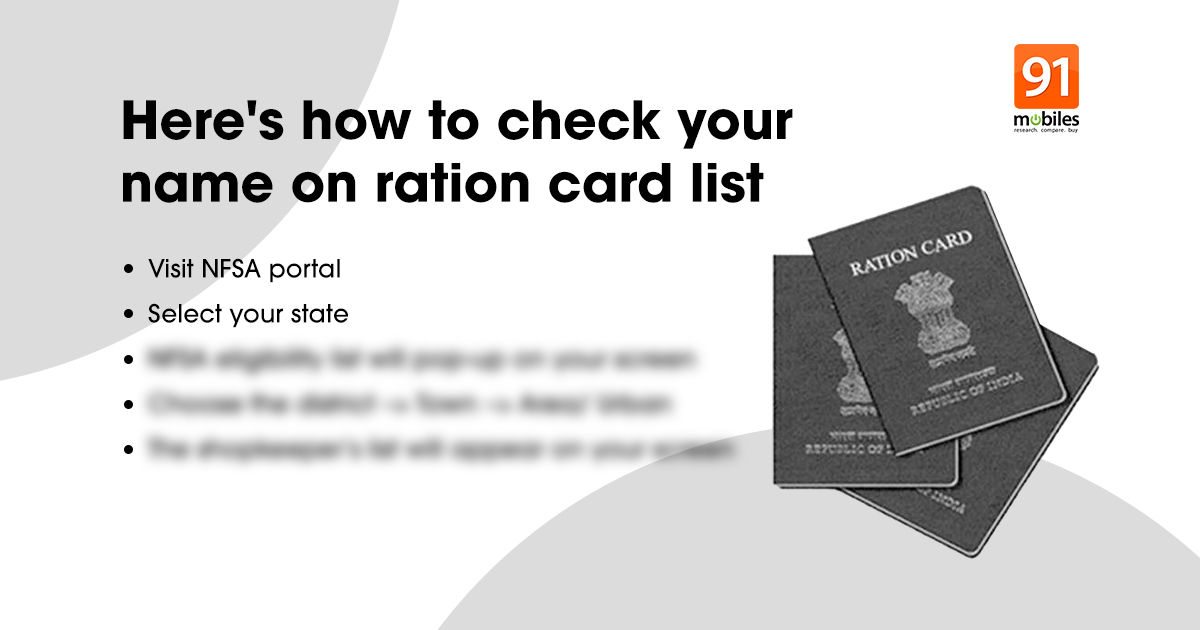 A ration card is an official document issued by the state government to households eligible for subsidised food grain from the Public Distribution System (PDS) under the National Food Security Act. It can also be used as ID proof for making a Domicile certificate, Birth certificate, and Voter ID card, among other things. The ration card form can now be procured online. Additionally, individuals can also check ration card status, add names, download e-ration card, and link ration card with Aadhaar card via the respective state government’s websites. If you’re wondering how? Fret not, we’ve got you covered. Here is how to apply for a ration card online, check its status, and more.

Who is eligible for ration card in India?

Since the state issues the ration card, the URL you need to visit to check ration card status varies. The URL for UP’s ration card website, for example, will be different from that of Delhi. You can look for the URL of your respective state, whether it’s Bihar, Delhi, Arunachal Pradesh (AP), Assam, or West Bengal, via National Food Security Portal (NFSA). Here are ration card website links of some of the popular states:

Using Uttar Pradesh (UP) as an example, we’ll show you how to check ration card list online

If you can’t find your name on the list, search it using the browser’s find tool. Press Cltr+F on a Windows laptop/ PC (‘Command+F’ on Mac) and enter your name or Digitised ration card number.


How to apply for ration card

Documents required to apply for ration card are usually as follows

One Nation One Ration card

One Nation One Ration card is the government of India initiative for migrant workers or anyone who stays away from their home state.

“The system was initially started in four states in August 2019 and was then rolled out to 32 states and union territories by December last year. The only states not on the roster right now include Assam, Chhattisgarh, Delhi and West Bengal and these four are expected to be included over the next few months,” said Secretary of the Department of Food and Public Distribution Sudhanshu Pandey.

How to add name in ration card

Beneficiaries can add a new name to an existing ration card by visiting their state government’s official food and civil supply department website. Look for the ‘addition of new members’ link. In case, you can’t find the link, head to your nearby zonal office. Download the online form and submit it with the necessary documents to the nearby Zonal / Mamlatdar office. Once the verification of documents and information is complete, the name will be added to the ration card.

You can download the e-Ration card on your device for online use. For this, head to your state government’s food and civil supply department website –> select ‘Get e-Ration Card’ –> Enter your details like ration card number, name of the head of the family (HOF), and year of birth of HoF, among other things –> and click on Continue. If the details are correct, you’ll get the option to download a ration card on the device.

How to link ration card with Aadhaar

The authorities will process all your documents and the notification will appear once your ration card is successfully linked to the Aadhaar cards.

iPhone or iPad users can enjoy YouTube videos in picture-in-picture mode, just like Android devices. You don't need to have the YouTube...
Read more
How To

FacebookFacebook recently announced that it’s testing ads within Oculus Quest apps, starting with the paid title Blaston from Resolution Games. Clearly, Blaston was a...
Read more
How To

CBSE Board Class 12 Results 2021: How to Check Online via Official Websites, SMS, More

Class 12 board exams will be declared on July 31, the Central Board for Secondary Education (CBSE) has announced. It is handy for...
Read more

The Delhi High Court on Wednesday refused to stay the notice dated June 4, 2021, to WhatsApp by the Director-General of Competition Commission...
Read more
Entertainment