Xbox Series S to Get a Discount in India, Flipkart Teases Ahead of Official Launch

Flipkart has featured the Xbox Series S deal on a dedicated page highlighting various offers and discounts on gaming products during the Big Billion Days sale that will begin from October 16. The page shows that while the Xbox Series S with 512GB storage is currently up for pre-orders at Rs. 34,990, it will be available at the discounted price of Rs. 29,999 during the forthcoming festive sale. 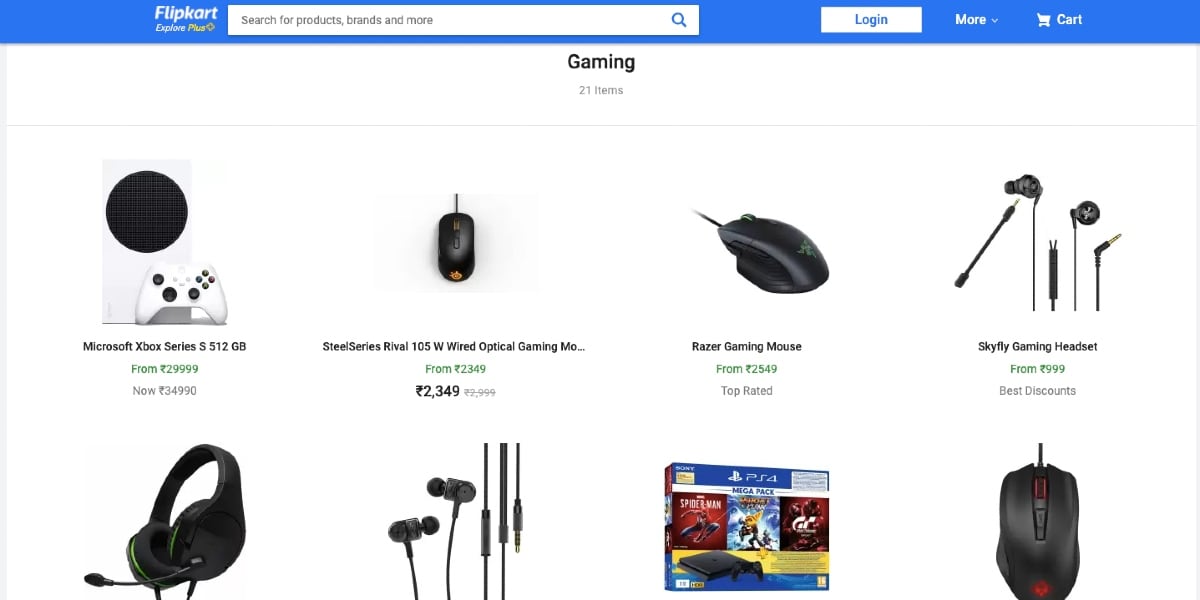 
There is no clarity on whether the listed discount on the Xbox Series S will be available through a bank offer or as part of a separate deal.

Having said that, Microsoft hasn’t provided any details around the discount on its website and is still taking pre-orders for the new Xbox console at Rs. 34,990. Flipkart is also currently taking pre-orders at the original price.

Will Xbox Series S, PS5 Digital Edition fail in India? We discussed this on Orbital, our weekly technology podcast, which you can subscribe to via Apple Podcasts, Google Podcasts, or RSS, download the episode, or just hit the play button below.

Sony PlayStation 5 will come with support for popular streaming apps at launch, the company has announced through a blog post. These streaming...
Read more
Gaming

Xbox could be getting a Fire TV-like streaming stick, according to Xbox chief

Xbox could introduce a new Fire TV-like streaming stick for its cloud gaming service, according to head of Xbox Phil Spencer.In an interview...
Read more
Gaming

PUBG Unban? PUBG Corp Is Hiring In India, According to a LinkedIn Post

PUBG Corporation, the developer and publisher of popular battle royale game PUBG, has listed a job posting on LinkedIn to hire an associate-level...
Read more

Download the iPhone 12 wallpapers here (They work for Android, too!)

Today is the official launch day of half the newest iPhones: the iPhone 12 and iPhone 12 Pro. The iPhone 12 Mini and...
Read more
iPhone

OnePlus 7 series and OnePlus 7T are getting another OxygenOS update in October that majorly fixes some bugs and keeps the same September...
Read more
Apps