Samsung Galaxy S20 FE 5G is getting a new update aimed at fixing a long-standing touchscreen issue in the phone. This is one...
Read more
How To

Most of us have seen the dreaded “No Internet” error message on Google Chrome. You can actually turn this screen into a fun,...
Read more
iPhone

How to put a tiger in your bedroom

What’s better than a picture of a tiger? A 3D animal, of course. At least, that’s the idea behind Google AR animals, which...
Read more 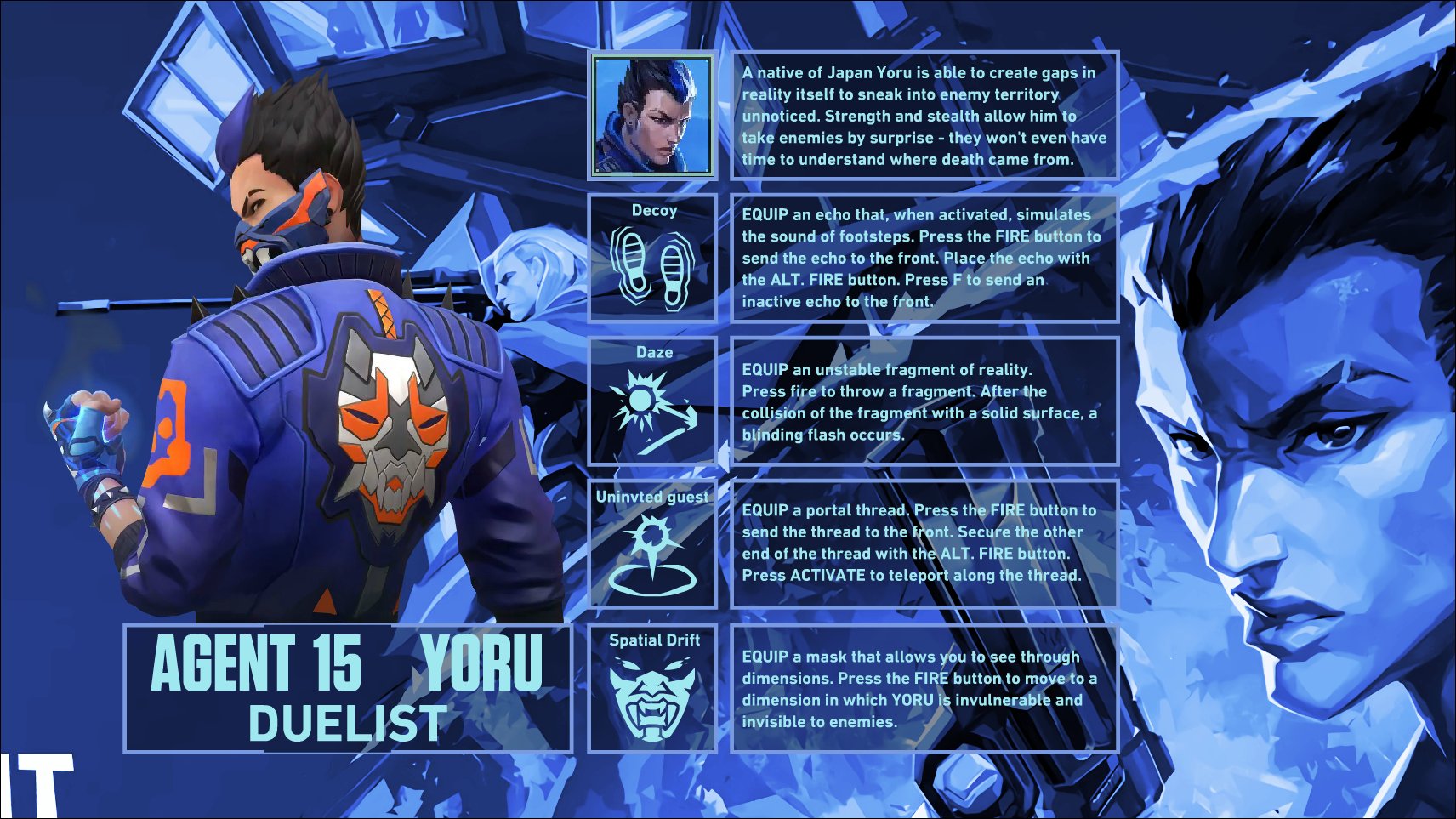 Valorant’s episode 2 Act 1’s new agent is Yoru who hails from Japan. Apart from this, the contents of the upcoming battle-pass has also been leaked. The new agent is a duelist and will specialize in taking frags.

The list of the contents of the upcoming battle-pass has also been leaked and it shows a host of new skins and rewards coming next.

According to the leaks the new Agent Yoru hails from Japan. His skills make him rather similar to Wraith from Apex Legends, especially the ultimate ability. Yoru is apparently a duelist and his first skill allows him to create decoy footsteps to confuse his opponents.

His second skill is a flash that can bounce off surfaces, and his third skill lets his teleport from one place to another by way of an orb. His ultimate is where is wears a mask and travels to another dimension becoming invisible in the present, and cannot be harmed by the enemies. He can travel in this state and appear behind enemies. These details were leaked on twitter by Haci and Constant Valorant.

Here are All the Lore details about the next Agent Yoruif you have missed them🧐!!!Special thanks to my servers discord user: “Sethian” pic.twitter.com/IEPB46T5xHJanuary 3, 2021

The upcoming battlepass seems to have 50 levels and it was leaked by the Russian YouTuber БАЧОК. As for the contents here’s a look.

While all of these seem pretty much solid, we would still suggest our users to take these with a pinch of salt as the release may not be the same.

Epic Games said that it was valued at $28.7 billion (roughly Rs. 2,15,890 crores) in a round of funding from investors including PlayStation...
Read more
Gaming

PS5 restock tracker: Best Buy, Walmart and Target – where to find it back in stock

Oppo A54 India Launch Today: Expected Price, Specifications, and Everything Else You Need to Know

Oppo A54 is all set to launch in India today. The phone was unveiled in Indonesia last month and it comes with a...
Read more
Apps

At the end of last year, Google One added a VPN on higher-tier plans to help build out the subscription offering. Still only...
Read more
Entertainment

Disclaimer: This articles contains spoilers from 'The Falcon and the Winter Soldier' episode 5. After last week's episode of The Falcon...
Read more
Science

Researchers have found out that climate change is making India's monsoon a lot more powerful and could lead to scary consequences...
Read more
News

Samsung Galaxy S20 FE 5G is getting a new update aimed at fixing a long-standing touchscreen issue in the phone. This is one...
Read more
This website uses cookies to improve your experience. We'll assume you're ok with this, but you can opt-out if you wish. Cookie settingsACCEPT
Privacy & Cookies Policy