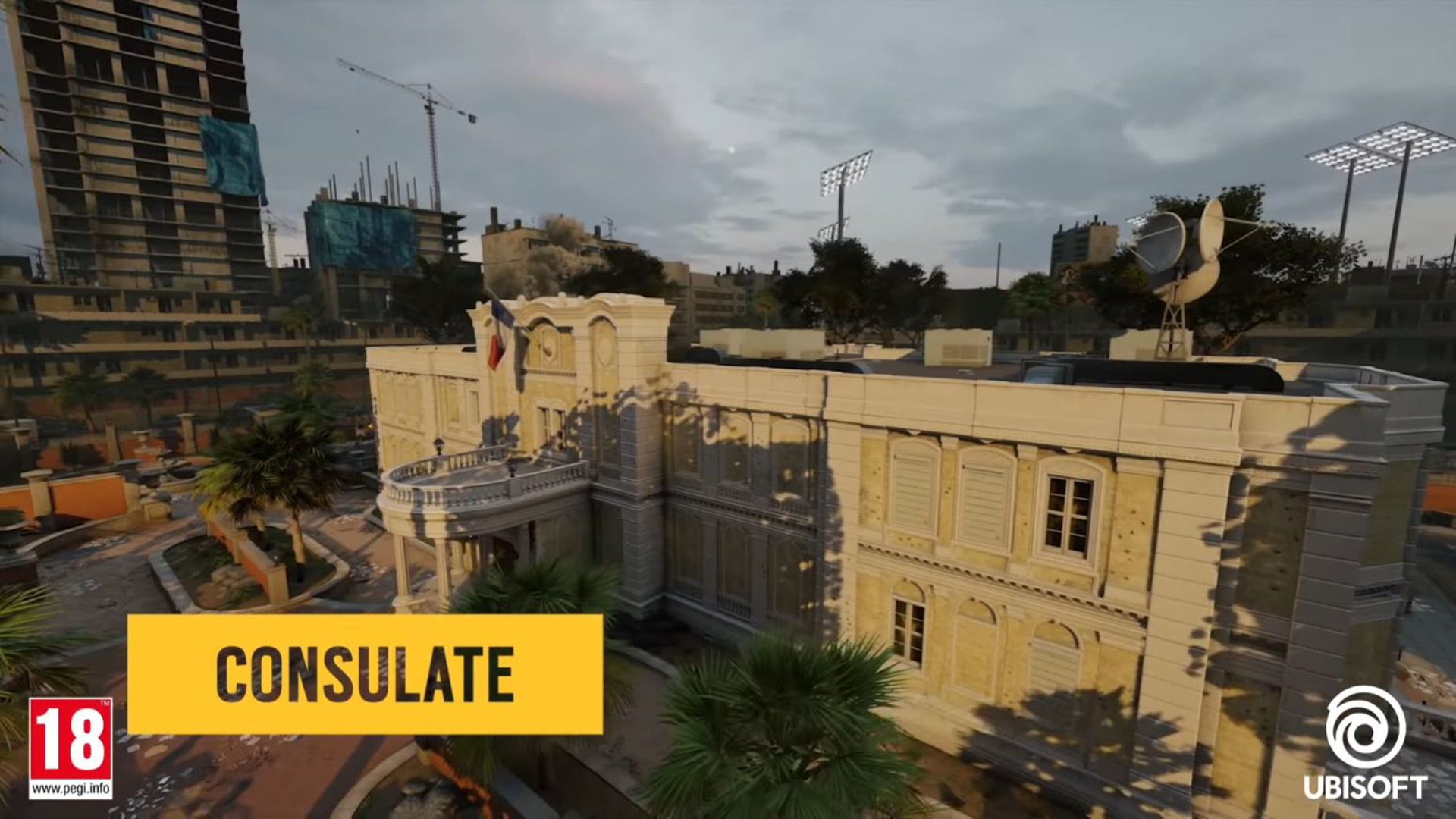 Rainbow Six Siege developers at Ubisoft seem to be teasing an upcoming event on the Consulate map. From what we have seen so far, this new event is about to start on August 3.

The teasers shared by Ubisoft have been rather cryptic, with one of those just being a public service announcement from the ‘Abidjan Metro System’. The message says that their, “Consulate station and the surrounding areas are currently closed due to a gas leak.” This seems like a generic announcement to ward off people and the situation could have nothing to do with a gas leak.

🚧 This is a routine safety announcement 🚧 Everything is under control.Have a lovely day. pic.twitter.com/mG26l2ob5jJuly 29, 2021

While there were some early speculations on whether this could be a new map, it was soon clear that the map in concern was the already existing Consulate map. Another teaser shared seems to hint that there is a ‘situation’ going on at the French Consulate in the city of Abidjan in the Ivory Coast.

🎙️ Rumors are spreading around the French Consulate in Ivory Coast.We seem to have a situation… pic.twitter.com/IGLBZqZk3AJuly 30, 2021

The logo and the cover of the Rainbow Six Siege social handles have been changed to the theme of Rainbow Six Extraction. And with Extraction inbound, it is expected that the new event could have something to do with the theme of the game.

This has unofficially been confirmed by a leak by a tipster named Zer0Bytes_ on Twitter where the person has shared a video of the corrupted Consulate map. This makes it look similar to the locales in Extraction. The character in the video seemed to have Oryx’s Remah Dash ability but seemed corrupted himself.

The character made large holes in the soft wall with his melee knife, but the knife had bright yellow markings on it. And there were three corrupted logos below the timer. And there seemed to be an objective on the ground floor of the spiral staircase. These could be strong hints at what to expect from this new event.

Sony has said that it still has plenty of “interesting, exciting, fantastic ideas” it wants to bring to the PS5 through future firmware...
Read more
Gaming

Over 200 Chinese gaming companies have pledged to regulate their industry to combat gaming addiction, including through the possible use of facial...
Read more
Gaming

Missed the September Nintendo Direct stream? Here’s how to watch it

A surprise Nintendo Direct kicked off on September 23, 2021, and spotlighted a number of Nintendo Switch games that are due to arrive...
Read more

Actor Chris Pratt, who is popularly known for his portrayal of Peter Quill...
Read more
Science

Sony has said that it still has plenty of “interesting, exciting, fantastic ideas” it wants to bring to the PS5 through future firmware...
Read more
- Advertisement -