When not actively in use, many have their Smart Displays cycle through a carousel of pictures. These Assistant devices are closely integrated with...
Read more
Android

Mike_shots/ShutterstockYour phone is the most personal device you own. It’s almost always with you and is capable of hearing, seeing, and sensing everything...
Read more 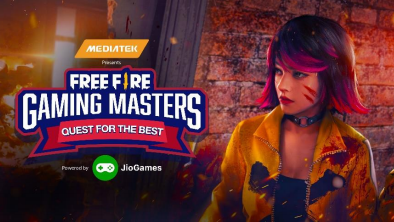 Jio and chipset designer MediaTek are coming together to launch ‘Gaming Masters’,  an esports event aimed at luring new gaming enthusiasts in India. Of course, existing gamers can also participate in it.


The tournament will be held between January 13 and March 7 and will be broadcast live on JioTV HD Esports channel and YouTube, Jio said in a press release.

What is Gaming Masters?

The press release added that the Gaming Masters is a grassroot undertaking by MediaTek and Jio, that is meant to revolutionize online gaming.


The tournament will test gamers’ skill, teamwork and endurance in a virtual gaming arena.

Gaming Masters will feature Garena’s self-developed hit battle royale title, Free Fire, which is being made available to both Jio and non-Jio users through the JioGames platform.

Registration is open to Jio and non-Jio users and there is  no registration or participation fee.

The registration of the tournament is currently on and will end on January 9, 2021.

More information can be had at: MediaTek.

PlayStation 5 Could Get an Update to Unlock M.2 Expansion Slot This Summer

PlayStation 5 may get a firmware update this summer that will unlock its M.2 expansion slot. The console launched in November 2020 with...
Read more
Gaming

Without a PS5 launch to look forward to, Sony State of Play is considerably more boring. Throughout last year we waited with bated...
Read more
Gaming

PlayStation Users to Get Free Games Until June as Part of ‘Play at Home’, PS Plus March Games Announced

PlayStation 5 and PlayStation 4 users can own a copy of Ratchet & Clank for free, as part of the company's Play At...
Read more

Two-minute reviewThe Razer Kiyo Pro is the latest product targeted towards streamers and content creators, with a fresh injection of modern technology that...
Read more
Mobile

iQoo Neo 5 is set to launch on March 16, Vivo sub-brand iQoo has revealed through a teaser posted on Weibo. The new...
Read more
Android

Netflix not working on an LG TV? Here’s how to fix it

Credit: Edgar Cervantes / Android AuthoritySmart TVs have changed the way we build our home theaters. They give us access to all of...
Read more
iPhone

Realme GT 5G retail box image has been spotted on Weibo ahead of its official launch. Separately, benchmarking site Geekbench has listed a...
Read more
Apps