Well, Vignesh Sundaresan (Metakovan) and Anand Venkateswaran (Twobadour) are still delighted with ‘Beeple’s Everydays: The First 5000 Days’, their polarising Christie’s buy that is changing the conversation around Art

This story begins over filter coffee at The Hindu canteen in Chennai, more than a decade ago.


When Anand Venkateswaran and Vignesh Sundaresan met, as a journalist and app developer, respectively. Well before they morphed into Twobadour and Metakovan, their ‘exosuits’ as founder and steward of Metapurse, a crypto-based fund.

And before they realised that the Metaverse (an online convergence of virtual worlds and augmented reality) is a uniquely democratic playing field, on which they could make history, repeatedly.


Their most publicised triumph — so far — is the recent acquisition of Beeple’s Everydays: The First 5000 Days, for a staggering $69,346,250 in a Christie’s online only sale.

The news made headlines across the world for many firsts. This was the third highest price paid at an auction for work by a living artist. The work is an NFT, or non-fungible token, meaning it is a unique digital file on the blockchain. And, the 255-year-old auction house accepted payment in Ether, a cryptocurrency. (One Ether is roughly ₹1,62,000.)

Mike Winkelmann aka Beeple posted a new work of art on May 1, 2007. He then did the same thing the next day, and the next, every single day for 13-and-a-half years. These individual pieces merged together create Everydays: The First 5000 Days.

Of course, the sale was polarising. Even Beeple was startled at the high price: Bids jumped from $100 to $1 million in the first hour of the auction. There were 33 bidders from 11 countries, and 22 million visitors logged in for the final minutes at Christies.com. 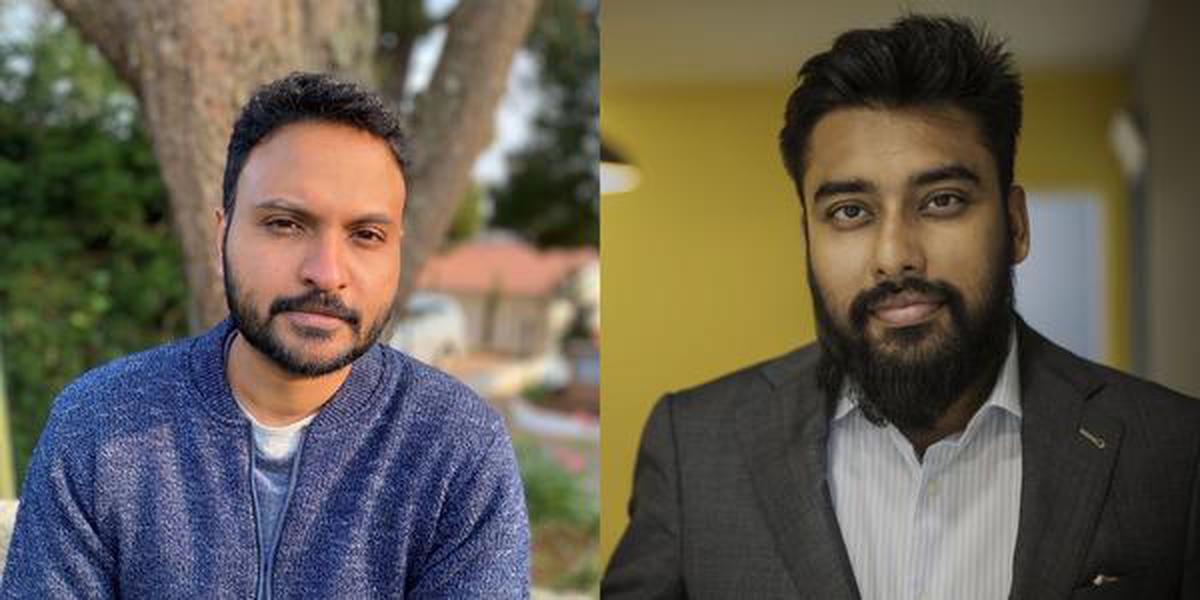 Did they pay too much? Is Beeple’s grid of everyday art really that impactful? In an audio-only GoogleMeet interview immediately after the sale, Singapore-based Vignesh, then speaking via his Metakovan pseudonym said, “I feel like I got a steal,” to The New York Times. Anand agrees.

“Digital art takes the same amount of labour and talent as conventional paintings. The Christie’s sale proved that digital art should be taken seriously,” says Anand, who lives in Chennai. “Instead of the whole process of making a pilgrimage to a museum to view it, you can see it anywhere. It’s portable: you can carry it on your phone, or view on a laptop. There are now massive screens, where you can display the NFT directly on a wall…”

He adds, “People keep saying, ‘But I can’t touch it.’ Well, experience doesn’t come from touch… Besides, this doesn’t get corroded, it’s resilient. And there is merit in that. There is a joy in owning something that will never age.”

Whose art is it anyway?

‘Ownership’ with NFTs is very different from a traditional oil on canvas. NFTs enable collectors and artists to verify authenticity of digital artworks by encrypting an unforgeable signature on the blockchain. Still, anyone can copy or download the $69 million Beeple — for free. Anand shrugs, “You can also make the Mona Lisa your screensaver. That is how art propagates itself.”

He admits that, like for many of us, the concept was challenging to fully appreciate at first. “Frankly, I was a little freaked out by it. That was the first step of unlearning for me. My notion of art is a square canvas with paint. The fact that that it could be programmable was overwhelming, for me. But that is why it is so relatable. You can communicate with it, even more than a physical piece — it talks back to you in vivid ways.” However, it took a while for Anand to be fully convinced about diving into the world of blockchain. “Vignesh came on board as an app developer at The Hindu, and we worked together for a while,” says Anand. “He discovered crypto in 2012, and that information was enough for him to fly to Canada to study, and start a crypto-based company.”

Vignesh began looking for ways to earn Bitcoin, beginning with an exchange called Coins-e, which was sold in 2014. He then co-founded BitAccess, and went on to programme and install Bitcoin ATMs. He left BitAccess in 2016, to dive into Ethereum (the network on which ether operates), and now has multiple billion-dollar projects.

He also runs Metapurse with Anand, which focusses on collecting NFTs in the virtual estate, art, unique collectables and more. “I understood the words coming out of his mouth, but had no idea what they meant,” chuckles Anand. “So, the same packet of information that made him a multi-millionaire did nothing for me.” Then, Anand discovered the romance of NFTs.

Admitting that crypto can be intimidating for people who are not steeped in finance and technology, Anand says it actually enables creators to find imaginative ways to express themselves on a democratic playing field. “Our Aha moment happened during the pandemic. The world has changed, and we were trying to figure out what the next big thing would be in the virtual space,” he says.

Ethereum was mainly used for financial applications till in 2017, a blockchain game featuring digital cats, called CryptoKitties, got so popular it clogged the network. “This was a window into what the future would be… experience and fun,” says Anand.

Read More | What are CryptoKitties?

The market crashed, leading to two years of a ‘crypto winter’ in 2018 and 2019, after which the world of blockchain began to evolve in 2020, offering players a way to experience games and yes, art. Vignesh has been collecting NFTs since 2017, starting with virtual land, for which he paid $200,000. “A pretty hefty price considering that all it was then was red dots on a screen, not yet an immersive experience. But that is what distinguishes him from regular investors – he sees around the corner. Realises the potential of an idea…”

Discussing the allure of digital art, Anand says, “The tech behind it is what excites Vignesh. For me, it is the rebelliousness of these artists. Their ability to mix notions of conventional art and digital performance.”

Questions remain on whether the Beeple buy was a marketing ploy: after all, it put Vignesh and Anand, as well as Metapurse, on the map. After a thoughtful pause Anand says, “I don’t think the numbers add up. You don’t spend 69 million on marketing. And there is no product we are trying to sell here.” He states they have no plans to “flip it” either, selling it for a higher price. “That would be extremely unimaginative.”

Stating that they are both “massive fans of Beeple,” Anand says, “This art represents years of consistent work. He did on his good days, bad days, sick days… he did one piece in three minutes at 5 am, when his wife was in labour. You can see his growth as an artist,” says Anand, adding “the commitment he showcased – mad respect for that.”

He adds that he and Vignesh felt that work, which was also the first NFT to be sold by a mainstream auction house, belonged in Metapurse, even though they had no idea how much it would cost when the auction began.

“The reason we were able to buy it is, Vignesh is not tied down to a certain lifestyle. He does not own a house, he does not own a car, and over 99% of his assets are in crypto. He lives from thesis to thesis with this space,” says Anand, adding that they are working on a virtual monument now to display their big buy.

“NFTs have become a part of popular conversation because of this auction,” says Anand. “Let’s face it, is this the best piece of art there is for 69 million? I have no idea — and it doesn’t matter. We were in the right space, at this point in history to create this tiny moment. So we did.”

Courteney Cox Teases About “Special Surprises” In ‘Friends Reunion’, Says “It Was So Emotional”

Friends fans were in for a treat when the actors of the American hit show that ran its course of 10...
Read more
Entertainment

Birthday girls Sukriti and Prakriti Kakar: We are just not in the headspace to plan a celebration | Hindi Movie News

Singers Sukriti and Prakriti Kakar turned a year older today. However, considering that the sisters have only just recovered from a bout of...
Read more
Entertainment

Opinion | Will our celebrities please show up?

One expects involvement from celebrities and influencers with relief efforts because their fandom is the people Where are our celebrities? While regular people have...
Read more