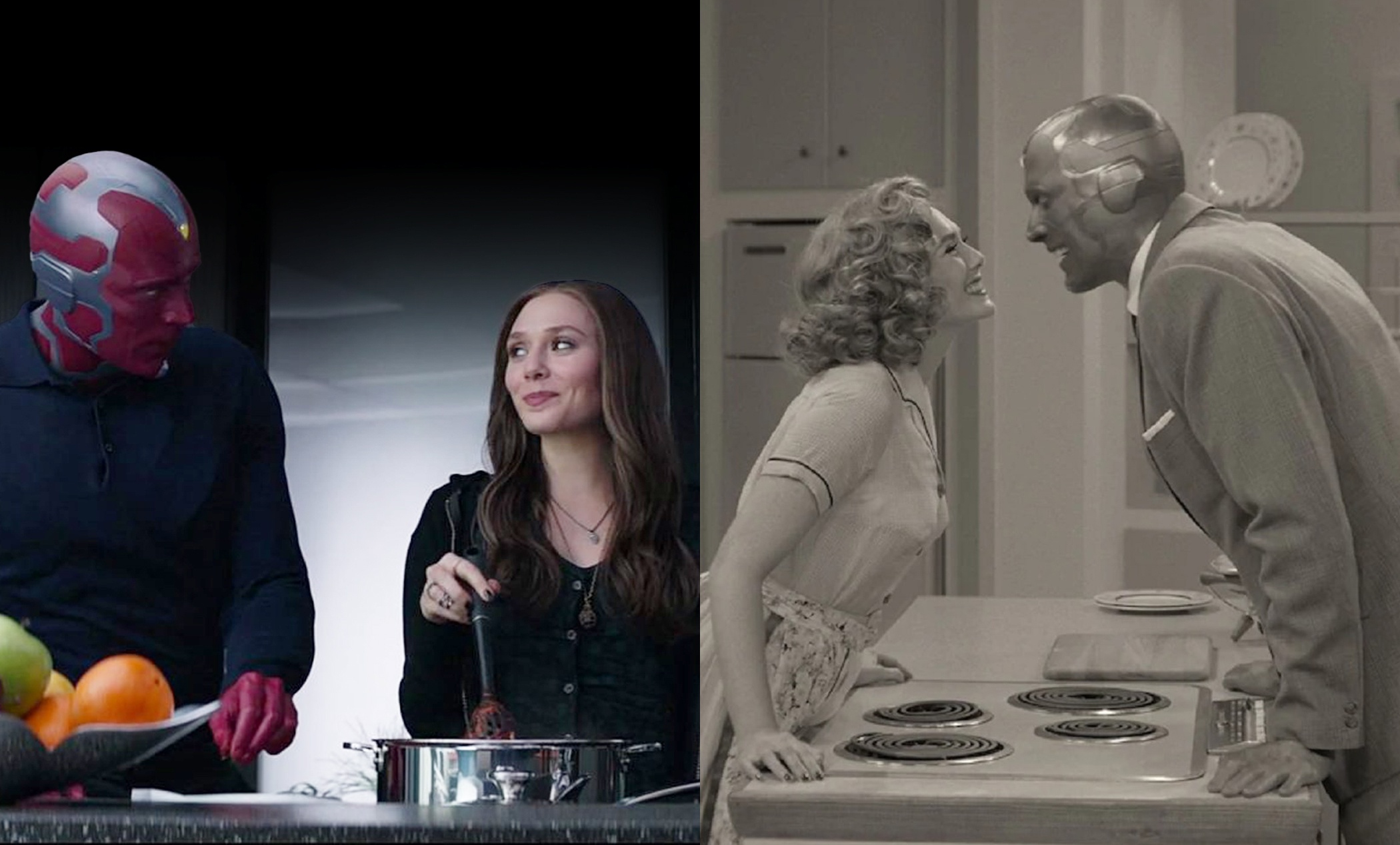 After watching some mind-boggling teasers, trailers and multiple posters chronicling WandaVision‘s multi-decade domestic adventures, we still know very little about the show. The upcoming Disney Plus series starring Elizabeth Olsen and Paul Bettany is joining the Marvel Cinematic Universe in January 2021. While the show’s wild concept garners much curiosity, showrunner Jac Schaeffer revealed the simple inspiration behind it and it has something to do with Avengers: Infinity War.

In Avengers: Infinity War, we see Wanda and Vision settling into a rather ordinary lifestyle for a while. The pair did normal couple things like cooking and taking walks together before Captain America asks them to join his team the ‘Secret Avengers’. Turns out, their off-duty superhero sequence was one of the key influences behind WandaVision.


In an interview with SFX Magazine, Schaeffer said, “I really liked the more mundane moments or the small character moments–In Infinity War, [Wanda and Vision] have this moment in Scotland where they put their life as superheroes on pause, and I think that is very relatable to people. It’s the idea of ‘let’s hideaway from the world and just be, and see if this works.’ And when I pitched Black Widow, I had a lot of ‘what’s her real-life like in the real world?’ She’s a superhero and a crazy assassin, but what’s underneath that? That is one of the really delicious and exciting things about WandaVision. We get to see the two of them in several very domestic environments. And we took those moments from the MCU that really shine, and I felt grateful and excited to drop into that space with them for longer.”

So far we know that WandaVision is about to go era-hopping into the history of sitcoms. We also know that the plot most likely draws from a 2015-16 comic run ‘The Vision’ that sees the titular character living a seemingly perfect suburban life in Washington DC. Since Marvel’s shows on Disney Plus’ slate are a part of the MCU, Elizabeth Olsen’s Scarlet Witch is expected to join Benedict Cumberbatch starrer Doctor Strange: In The Multiverse of Madness.


SEE ALSO: ‘WandaVision’ Will Get ‘The Office’ Style Treatment In An Episode

According to Disney Plus, WandaVision is a blend of classic television and the Marvel Cinematic Universe in which Wanda Maximoff (Elizabeth Olsen) and Vision (Paul Bettany) – two super-powered beings living idealized suburban lives – begin to suspect that everything is not as it seems.

WandaVision is all set to premiere on January 15, 2021, on Disney+ Hotstar Premium.

Anand Patwardhan's film Prisoner of Conscience, on political prisoners in India during the Emergency, has some deep resonances for our times Source link
Read more
Entertainment

The actress will soon make her debut with Akhil Akkineni starrer Agent but one look at her social media will show that she’s...
Read more
Entertainment