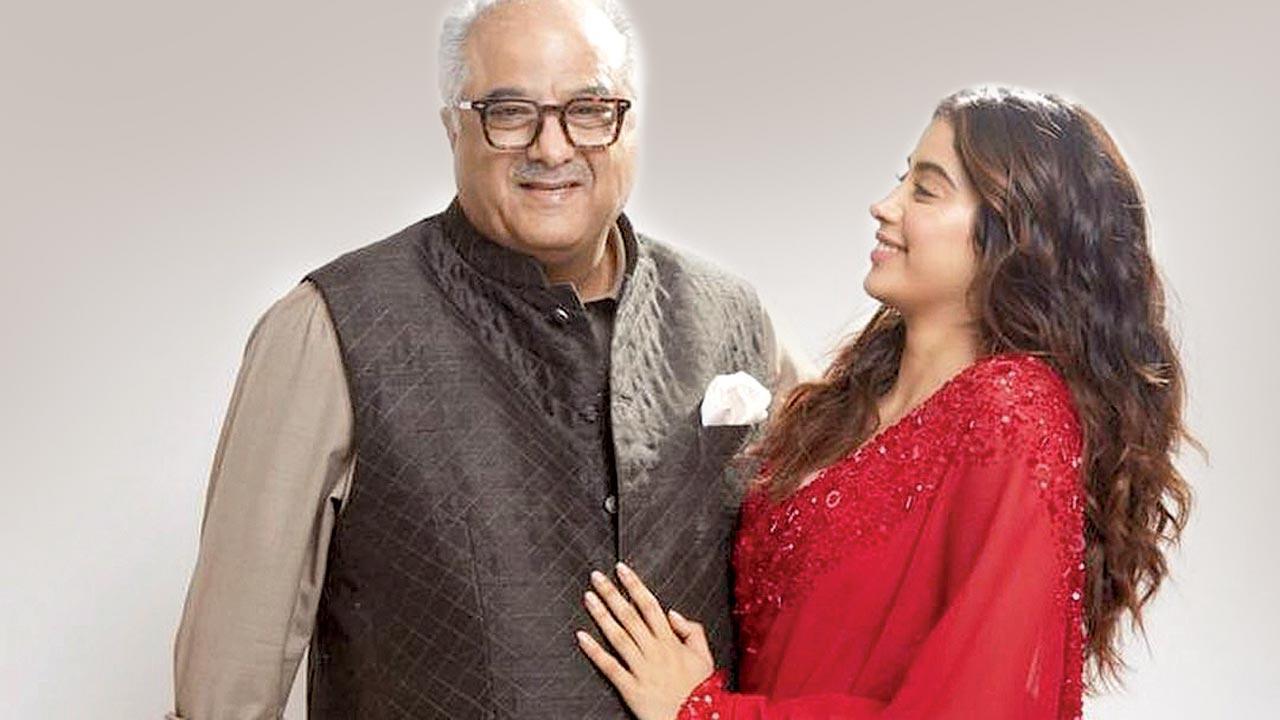 Showcasing great concern and social responsibility, Janhvi Kapoor recently schooled the paparazzi when they asked her father, producer Boney Kapoor, to take off his mask to click pictures. Janhvi`s reaction to this request was met with praise from all quarters.

When the paps asked Boney to remove his mask, Boney did so, but Janhvi immediately asked him to put it on again. The paparazzi then insisted, saying it`s all right and nothing will happen, and Janhvi Kapoor told them, “Galat advice mat dijiye (don`t give wrong advice).”


The paparazzi also ask Janhvi to show the tattoo she just got, but she tells them that the photo is already on Instagram.

Watch the viral video below:

The video shows the deep affection and concern Janhvi has for her dad, and it also showcases the cute bond the father-daughter share, where Boney doesn`t think twice before listening to his elder daughter.

Several of Janhvi Kapoor`s fans commented on the video. One of them wrote, “Well done janhvi”, another commented, “That`s my girl”, and yet another fan wrote, “Daughters” with a heart emoji.

On the work front, Janhvi Kapoor was last seen in the comedy-horror film `Roohi`. Her upcoming projects include Anand L Rai`s `Good Luck Jerry`, the shoot for which she wrapped up in March. Other than that, she will be seen in `Dostana 2` and is reportedly a part of Karan Johar`s period drama `Takht`, alongside bigwigs like Kareena Kapoor, Ranveer Singh, Anil Kapoor, Vicky Kaushal, and more.

Also read: Janhvi Kapoor on how she once escaped the paparazzi

While the world watches the big marriage of 2021 with curiosity and fervor, couple Vicky Kaushal and Katrina Kaif are both surprised and...
Read more
Entertainment

Making music at the museum

Bengaluru’s Museum of Art & Photography’s new digital festival merges art, learning and melodies When I was in college at the Faculty of Fine...
Read more

Christian Wiediger/Shutterstock.comUsers are reporting issues with Windows 11 and NVMe SSDs slowing down. If you’ve noticed that your drive isn’t as blazing-fast as it...
Read more
Gaming

Forza Motorsport is set to be the eighth entry in Microsoft's flagship racing franchise and while we’re still waiting for confirmation of its...
Read more
Gadgets

Apple is working on a “wider-range” of new devices in 2022 that will include the redesigned iPad Pro as well as new...
Read more
- Advertisement -