The cast of ‘The Right Stuff’: ‘A criminally untold story of America’s first astronauts’

Click here to refresh the page and get the very latest updates on where to buy Xbox Series X as soon as stock...
Read more
Science

WASHINGTON: The measles-mumps-rubella (MMR) vaccine may provide protection against Covid-19, according to a study that could also explain why children have a much...
Read more
Gadgets

Mi Robot Vacuum Mop-P shipments in India have been delayed until December 1. The robotic vacuum cleaner was launched in the country...
Read more

Patrick J. Adams, James Lafferty and others about bringing to life the iconic space saga of The Mercury 7, through the upcoming series

Based on the bestselling book by Tom Wolfe, The Right Stuff is a drama series that shuttles into the realities of one of the first-ever missions of NASA. An inspirational look at the early days of the U.S. Space Program and the iconic story of America’s first astronauts, the Mercury 7, the series also derives material from the 1983 movie of the same name.


The Mercury 7 have been widely credited with creating a new profession in the United States, and establishing the image of the American astronaut for decades to come as a real-life superhero. These seven original American astronauts were Scott Carpenter, Gordon Cooper, John Glenn, Gus Grissom, Wally Schirra, Alan Shepard, and Deke Slayton.

Essaying these legendary names are the likes of Patrick J. Adams (Suits), Jake McDorman (Limitless), James Lafferty (One Tree Hill) and many others part of a huge cast of talented actors taking on the roles of the astronauts, their wives, family members and others in the iconic space program.

On a Zoom call before the series premieres, the cast and makers of The Right Stuff find time to chat with us.


An inspirational tale that transcends time and age

Starting off the discussion, Patrick J. Adams says that he read this book when he was 14 years old and had been in love with the source material since. “When I heard they were making a series, I jumped at the opportunity and wanted to be a part of it. That was even more hardened when I read Mark Lafferty’s incredible script for the pilot. The story of the Mercury 7 has been sort of criminally untold other than the movie, which was great.”

He adds that he was a little overwhelmed by how much research he found on his character John Glenn, who was the first American to orbit Earth. “John Glenn’s life is incredibly well-documented. Him and his wife Annie were children of the Depression, so they kept everything. All of that has been stored in archives at Ohio State University, hundreds of boxes of materials, photos, interviews, receipts, invitations. But the thing that surprised me most was that he was a poet; finding his poetry written in his own hand on a piece of paper, stuff like that is so unbelievably helpful to the processor who’s trying to get into his head,” Patrick recalls. 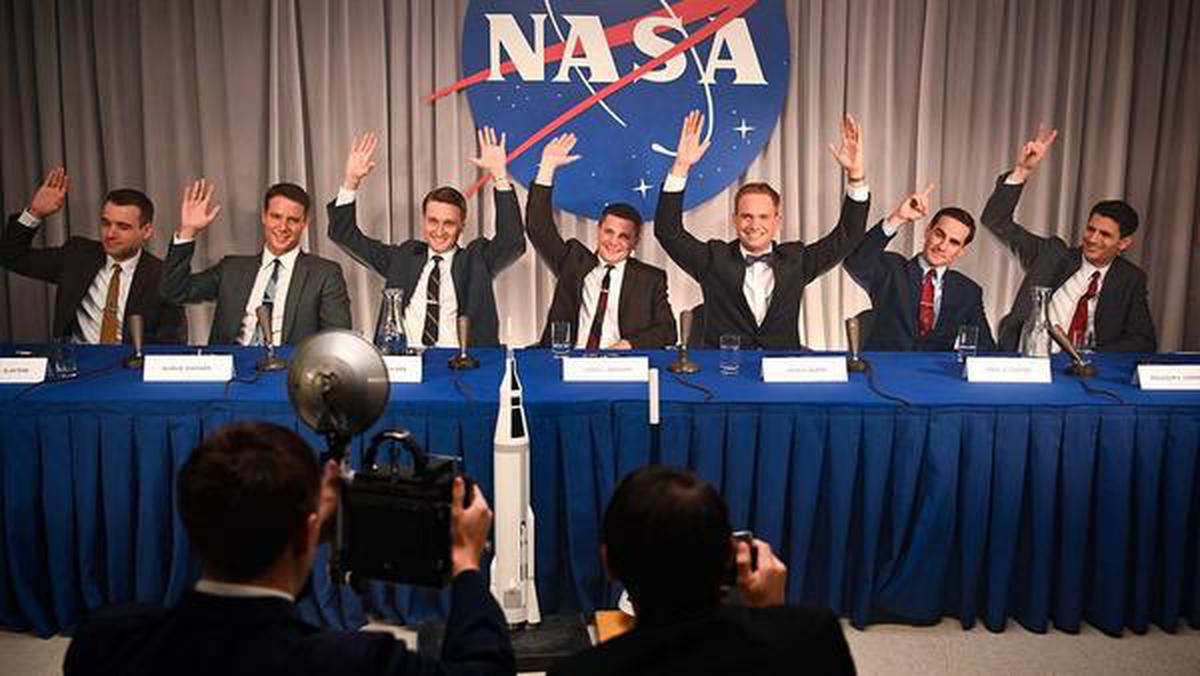 Answering a question on how it was for actors to live in that different time period and in that different America on sets, James Lafferty, who plays the role of Scott Carpenter in the series, says, “One of the major things that was going on at that time is that the country was sort of united in their fear of this existential threat of nuclear war with Russia; that was something that was on everyone’s mind. Then as the decade moved on, it became about civil rights as well. I think any time an entire country is scared or fearful about the future under any circumstances, there’s gonna be this feeling of like, okay, we’ve gotta pull together to figure out how we get through this.”

He adds that one of the big challenges in playing the role was trying to be “period-accurate” in terms of mannerisms and speech: “I think it was a much more rigid time and people were a lot more composed and polite and deliberate in their speech.”

Producer Jennifer Davisson of Appian Way — founded by Leonardo DiCaprio — talks about how the project initially got underway. “So for us, obviously, DiCaprio is my partner and we look for projects that, at the center, have really complicated characters, complicated men. A lot of them are great men, but you kind of look at them and say, “What did they sacrifice for that greatness, personally and professionally?” While we were looking at someone else in the Space Program, we actually were like, wait a second, wait a second, here’s seven great, complicated characters. So we jumped all over it.”

How much pressure were all the actors under to bring this story to life?

Colin O’Donoghue, who essays the role of Gordon Cooper, recalls how they managed to go to the 50th anniversary of the Moon landing, which is when the reality of the project sunk in. “We were sort of sitting at the front and they were talking about all the astronauts who were there in the audience and then they said, “And we got the cast of The Right Stuff!” and we had to kinda do a wave like that. I suddenly went, ohh, okay, okay. (laughs) But like I said already, the script is so good, it was really incredible to get to play a real-life sort of American hero,” he grins.

Why the concept of space continues to awe

Before this project, did they have any favorite space films which they took inspiration from? How much did shooting at a location like Cape Canaveral inspire them?

Says Nora Zehetner (Annie Glenn in the series), “Cape Canaveral was really cool.We got to do a tour when we first got there, and they showed us where different things were shot and obviously where the launches happened. My favorite fictional space movie is really, really embarrassing but I really enjoy Armageddon, and I can watch it over and over!” Eloise Mumford, who is Trudy Cooper on the show, adds, “Space is so much bigger than all of us. I mean, literally, but also emotionally and just as a concept, being close to something so grand, it infused it into all of our energies as we approached this project.”

“There is a nostalgia for that time, which is very prevalent and yet, I think completely ignores just the lack of access for people of color and women; our show is a really interesting exploration of that. We have to be brutally honest about that, as a culture, to say that we accomplished incredible things at that point —we still are — and yet, they could have been so much more incredible if they were more inclusive. We have to fight for that as we continue forward,” she concludes.

Save $30 on the Flyby on Amazon

How to Opt-Out of Amazon Sidewalk

Amazon Sidewalk is a wireless standard that has advantages over a Wi-Fi or Bluetooth connection. However, there are privacy concerns, as it enables your smart...
Read more
Gaming

Google Stadia Pro to Get Six New Games Including Hitman 2, 400 New Games Are Part of the Stadia Roadmap

Google Stadia is adding six new games to its growing collection on December 1 as part of Stadia Pro. The development was shared...
Read more
- Advertisement -