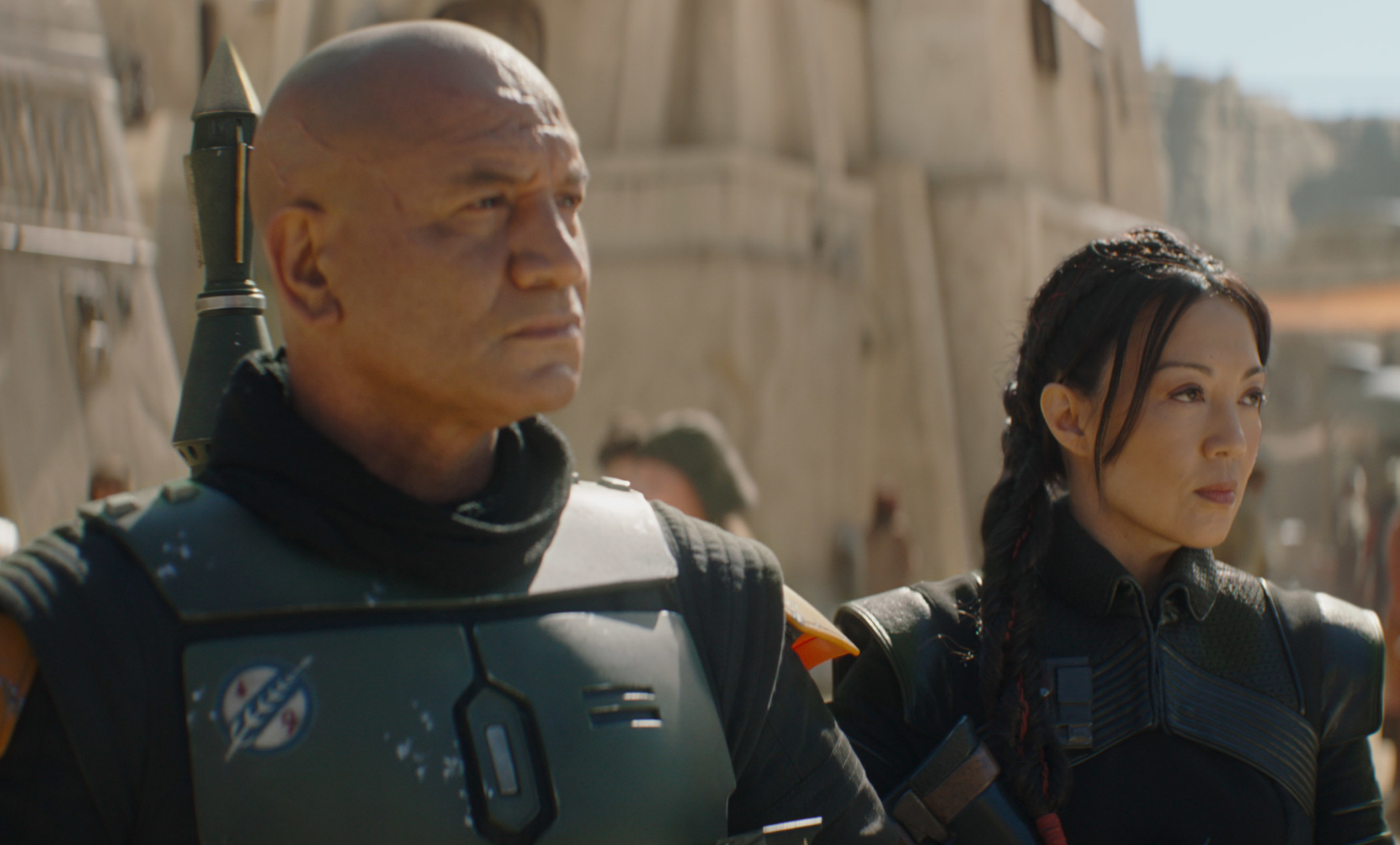 Disclaimer: This article contains spoilers from ‘The Book of Boba Fett’.

The Book Of Boba Fett has had a bit of a slow start *insert lazy bantha groans here*. Set in the largely uneventful terrains of Tatooine, the Star Wars series starring Temuera Morrison as Boba Fett and Ming-Na Wen’s Fennec Shand follows the titular bounty hunter’s takeover of Jabba the Hutt’s territory. After a flashback-filled premiere and second chapter, the third episode titled ‘The Streets of Mos Espa’, out now on Disney Plus is perhaps the best one yet. In it, the crime boss, still struggling to assert his presence as Daimyo manages to round up a fresh batch of recruits and has another run-in with the Hutt Twins, among other events. The chapter also sees a surprise movie star cameo in the second half and it might be the most exciting part of the series.


As Boba Fett has an encounter with the Twins after the notorious duo send in their armoured Wookie assassin Black Krrsantan (Carey Jones) to kill him, they offer him a gift in the form of a Rancor and with him arrives the trainer who is none other than Danny Trejo. The actor best known for his roles in Machete and Desperado left fans gawking at their screens with the unexpected appearance.

Episode 3 of The Book of Boba Fett takes to the streets of Mos Espa. And it’s filled with exposition, featuring impressive extended action sequences. Here’s a quick recap of everything that went down:


Opening with Boba learning that Tatooine was a divided territory, he’s told by 8D8 that other crime organisations are waiting for his next move while he muses on his current status. He then gets a visitor – a water seller who enlists his help with a gang of thieves. Boba takes up the task only to find that the accused are a group of young kids with mechanically enhanced bodies who have been stealing since the price of water was too high. So instead of punishing them, he gives them jobs on his team. They join him at the palace as his latest recruits.

Later while Boba is in the bacta tank, we get another flashback of his time with the Tuskens. The flashback is interrupted when Black Krrsantan launches a sneak attack. Luckily, the new members intervene just in time to save him and Fennec Shand drops the Wookie in the Rancor pit. Speaking of Rancor, the Hutt Twins arrive in order to apologise for getting an assassin to kill Boba and offer him a tip and a tribute – they give him a captured Rancor along with his trainer (played by Trejo) and let him know that they are leaving since another claim has been made on Tatooine.

SEE ALSO: The Most Anticipated TV Shows Coming In 2022

After they leave, Boba gets to spend some time with the Rancor as its trainer explains that it imprints on the first human it sees. The beast takes an instant liking to Boba. This wholesome meet-cute is cut short as he has to talk to Mayor Mok Shaiz about handing the territory to another crime boss. However, the mayor is gone and Majordomo (David Pasquesi) is seen fleeing the site. And so begins a pacey chase sequence where the crew gets to shine on their colourful speeders. Boba and Fennec are then informed that Pyke soldiers are arriving in town and it looks like war is brewing.

Look, I’m not the biggest fan of Tatooine but after the first two episodes, it looks like The Book of Boba Fett is finally going somewhere. The action scenes in the latest chapter were great, the cinematography and the soundtrack continue to slap. So while spending three episodes on just build-up and those boring flashbacks hurt the show, there just might be some merit to holding on till the finale of the seven-part series.

The Book of Boba Fett is currently streaming on Disney+ Hotstar.