Trust and credibility(Image credit: Matt Swider / Instagram)PS5 restock tracker Matt Swider has helped 60,600 people in the US buy a next-gen console...
Read more
How To 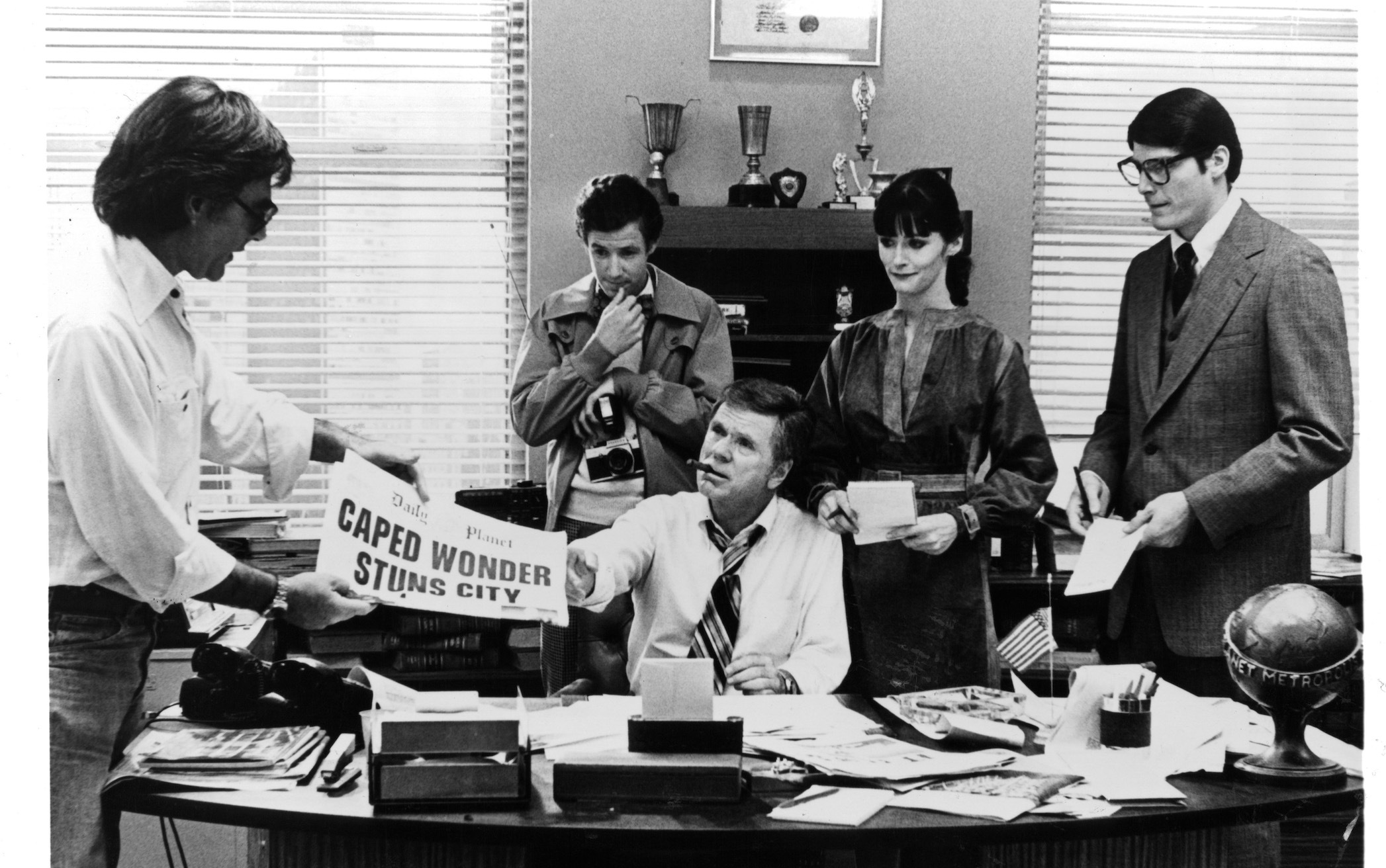 The decade didn’t seem right for Superman. Few critics believed that such an optimistic, principled, possibly naive comic book hero could succeed on screen in an era like that. It was a decade of war, of recession and an increasingly ravaged environment. In the wake of a lawless president, cinemas were filled with dystopian, cynical, anti-hero movies, and those movies were filled with hyper-realistic violence.

This was the jaded 1970s, the era of Taxi Driver and Godfather. Where did the straight-arrow guy in the red cape and underpants fit into that? You’d have to make a Superman movie some kind of dark and gritty adult reboot. Either that or play him for ironic laughs, as with Batman in the campy 1960s TV show that was still in reruns everywhere.


All credit, then, to Richard Donner, the legendary Hollywood director who died Monday at the age of 91, for doing neither of these things. Instead, in Superman (1978), Donner created a timeless tribute to one of the world’s best-known heroes. He saw plenty of comic opportunity, particularly in Clark Kent’s bumbling and Lex Luthor’s scheming. But he also treated Superman and his intergalactic origins with reverential seriousness. This crowd-pleasing combo has been followed by all successful superhero movies since. Christopher Nolan referenced Donner’s vision when pitching Batman Begins. And of course the DNA of Superman can be seen all over the Marvel Cinematic Universe.

Donner created a timeless tribute to one of the world’s best-known heroes.

This was not the way Superman was bound to go. Donner knew well the power of the dark and gritty side. Like Zack Snyder, he made his name in the horror genre. Donner directed one of the most terrifying episodes of The Twilight ZoneThe Twilight Zone, while The Omen (1976) is what made him famous enough for Superman producers Alexander and Ilya Salkind to come calling. Francis Coppola, George Lucas and Steven Spielberg had all turned the Salkinds down, reluctantly, to work on Apocalypse Now, Star Wars and Close Encounters respectively. Donner was the hot new thing, and could bring his choice of writer onto the project to prune the massive script delivered by Godfather author Mario Puzo. He could have taken it in any direction.


“You might say I did the movie in defense of Superman,” Donner told author Gary Bettinson in a 40th anniversary interview. Donner was to butt heads with the Salkinds from the start — so much so that they didn’t invite him back to direct Superman II (1980), even though the footage had been shot at the same time as the first movie. But to Donner, all the grief was worth it. He said the producers and Puzo were working with a campy Batman-like script that “hadn’t captured what that character was about, and what for years of history the character had represented for kids and adults alike.”

And what does the character really represent? You need only watch (or, hopefully, rewatch) Superman to find out. You may be surprised to remember that it does not open with Marlon Brando’s highly paid cameo on Krypton, but with Donner’s pre-credits tribute to Kal-El’s workplace, The Daily Planet. At a time of “fear and confusion,” we’re told, the great newspaper’s “reputation for clarity and truth has become a symbol of hope.” Only then do we zoom past the Planet building, into space and on our way to Krypton, for the full backstory of the Planet’s newest reporter, who also believes in clarity and truth, and whose one constant character trait is that he will never lie.

The Krypton scenes are about clarity and truth too. Marlon Brando’s first words as Superman’s dad Jor-El are “this is no fantasy, no careless product of wild imagination.” He’s slamming General Zod for his attempted coup, but it could easily apply to the planet’s high council, who refuse to accept the scientific facts of rapid climate change that will doom the planet. When considering their son’s future life on Earth, Jor-El’s wife Lara (Susannah York) worries he will be “odd…different…isolated, alone.” Not to worry, says Jor-El, loading the child’s capsule with Kryptonian crystals. Our culture and learning will always be with him.

Barely 10 minutes in, this superhero fantasy has cut to the heart of the immigrant experience — just as Superman’s creators, second-generation immigrants Jerry Siegel and Joe Shuster, intended. Siegel and Shuster were so thrilled with how Donner had rendered their guy on screen that they gifted him one of their very limited edition 2 foot-high Superman statues from 1939, which Donner treasured for the rest of his life.

These two strands — the loneliness of Clark Kent’s fish-out-of-water life, from Smallville to Metropolis, and the importance of truth, justice and the journalistic way, continue throughout the film. The Daily Planet scenes really shine, not just with Lois and Clark’s rat-tat-tat dialogue (an homage to that great newspaper movie His Girl Friday) but with the lengthy tracking shots that Donner meticulously created in the newsroom (and in the globe-filled lobby of the real-life Daily News). Superman tells Lois Lane he never lies, then flies her to that shining light of immigrants, the Statue of Liberty, on their first date.

New York City itself — which Donner barely even tries to disguise as Metropolis — is a vital character in the film. Here is the city in the summer of 1977, the summer of the blackout, the summer of the Son of Sam, and it has never looked so vibrant, or so in need of a hero. This is clearly a modern city — witness Clark’s attempt to change into Superman, hampered by the new open-air phone booths — and just as clearly, Superman first emerges from its streets (to the immortal delight of one 1970s extra: “say, Jim, that’s a bad outfit!”). He is alone, he is an immigrant, and in this historic home of immigrants, he is one of us.

You might say that Donner got lucky because he got Christopher Reeve for the title role. We think of it now as the striking of lightning; Reeve was so perfect as Superman that his successors are mere pale shadows. In fact, Donner was taking an enormous risk on an unknown actor who was way too thin to play Superman until he was bulked up by Darth Vader himself, David Prowse. We shouldn’t give Donner too much credit; he was set to cast Patrick Wayne in the role, until Patrick quit when his dad John Wayne got cancer. Donner was also lucky in securing the services of John Williams in creating a legendary title theme. Moviemaking involves a large amount of chance.

But it also involves the ability to stick doggedly to your vision, and this Donner had in spades. He was able to convince the mighty Marlon Brando, who had some very strange ideas of how Jor-El might be seen on screen as a green bagel, to play him in person. Donner also had no qualms about telling Gene Hackman to shave his mustache. He spent most of a year plugging away at the special-effects problem of how to get us to believe that Reeve could fly, and he got there. He wanted to defend Superman against producers who didn’t understand him, and he did that even at the cost of making future Superman movies.

We can only hope, in this dark and cynical decade, that the next director to tackle Earth’s ultimate superhero will know as well as Donner what this immigrant and truth-seeking journalist was always about.

The film, directed by Ridley Scott, is set to have a theatrical release on November 26 The first trailer for Ridley Scott’s House of...
Read more

Google Meet just got a neat upgrade to a Progressive Web App (PWA), as per a post on Google's Workspace blog. If you're not...
Read more
Entertainment

Tamil Nadu extracted the most extra doses between May 1 and July 13, the highest in the country States such as Tamil Nadu, West...
Read more
Science

It's time for another update... and not the fun kind.If you've received a notification for watchOS 7.6.1 on your Apple Watch, don't wait...
Read more
- Advertisement -