Exclusive: Shamita Shetty On ‘Black Widows’: We See Films Where Men Are Violent And We Accept That 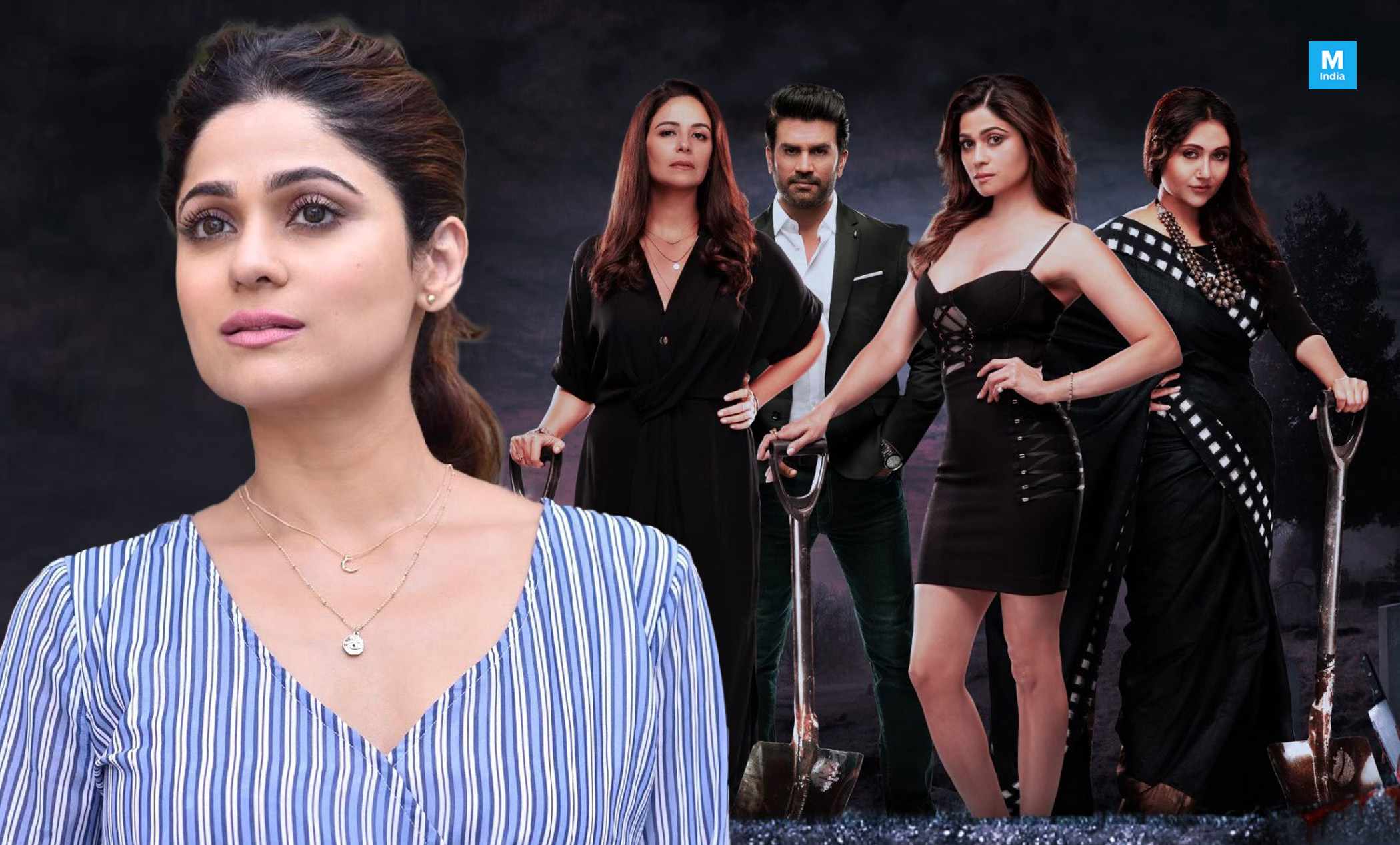 Shamita Shetty is all set to enthral her viewers with Zee5’s upcoming web-series Black Widows. The actress who started her journey with Mohabbatein will be seen in a never-seen-before avatar and it’s exciting to the say the least. Be it the fresh premise of the series or the crackling star cast, Black Widows is poised to shift the focus and have its women reclaim their agency. In fact, I recently caught up with Shetty to talk about the same and her character who she described as a ‘ticking bomb.’

Yes, it’s true she wasn’t convinced about it initially but she tells me, it’s the transition towards the end that made her say yes among other things. She also spilled the beans about working with co-stars Mona Singh, Swastika Mukherjee and all the fun they had off-screen. Not just that, she also opined about detractors who might have beef with Black Widows. Read excerpts from the conversation here:


The trailer received a lot of reactions. It looks different even for the dark comedy genre. Is it why you decided to do the series? Or was it your character?

You said exactly what I would have said. The first thing what attracted me was the subject; I thought it was very different from what we’re seeing right now. Apart from that, my character…in the beginning I wasn’t very convinced but as I read the script, I loved Kavita, that’s the character I’m portraying. You can actually see a wide graph in her. It’s unlike anything I’ve done in the past; I knew I’d have to put in a lot of hard work for this one because one has to be a little subtle with portraying a character like that. Otherwise, it can come across like you’re really over-acting. So, I was very lucky to work with Birsa (Dasgupta, director) who was very sure of who Kavita was and what he wanted out of her.


Obviously, your on-screen bonding with Mona Singh and Swastika Mukherjee is off the roof. How did you gel with them off it? How was it working with them?

Firstly, I must say I was so blessed to work with good actors whether it was Swastika, Mona, Sharad (Kelkar), all the actors really. But off-screen we had such a ball because we were all together in Kolkata for two and a half months. So, we all bonded after the shoots; both the girls are so much fun. I probably had a lot more to do with Swastika, that was also the relationship Swastika and I have on-screen, she is constantly mothering me. They are just so much fun to work with. I had a ball!

We didn’t really interfere in each other’s portrayals of our respective characters; they are very different. But towards the end of it, my character was such that in any scene she is just somebody who adds that humour. Because she is constantly doing something stupid (laughs). And it became like anybody said something stupid, we’d be like that’s such a Kavita thing to do!

The female friendship is not co-incidental because you guys literally conspire to kill your abusive husbands. Tell us, did you empathize with your character? Or do you judge her for what she does?

Initially, I couldn’t understand why she was the way she was and I found her very Irritating. Like I wanted to slap her! That’s why I said, I wasn’t very convinced with the character but then towards the end of it, I did empathize with her. Because I understood where she was coming from. I realized, she must have come from a very insecure background, to be who she is. And there are people like that. I’m not like that and I may not relate to a character like that but there are people who go through this. Before the shoot we sat and discussed Kavita; what may have happened in her life, which is obviously not shown on screen. (And) everything we sort of put together made sense and it convinced me to portray Kavita the way I did. I don’t want to divulge too much but all I can say is you can see the range in the character.

It must have been difficult, to play a part you don’t relate to. Did you channel any kind of rage to do the part? Cause God knows us women have a lot of things to be angry about.

It’s very difficult. And no (laughs), like I said, before I started shooting, I understood where she was coming from. So, when I went on set, I was not Shamita; I was Kavita. So, I became that character.

Also, were you wary about naysayers? People who will most probably defy the very ground of the abuse and go like #NotAllMen?

Well, Black Widows is just about three women who are very unhappy in their marriages and probably have the guts to take that power back in their marriage. Yeah, they went to extremes and killed their husbands which is not something we are advocating here. But that is probably what symbolizes it; you see women who take that charge back and take that power back. And man want to come up with their own hashtags but there are women out there who are in unhappy, abusive marriages. It is something that is very real. It’s not a subject that is fictional in any way. So, they can come up with their hashtags, it’s fine. We see so many films with male protagonists doing so much and we accept that. So, they need to accept this as well.

Were you guys sensitive and conscious about it while filming the series?

For me at least, I had faith in the director and he was very sure of the subject and the script. There were many times where we wouldn’t be convinced about something and we would try and discuss or come up with a solution. And he was very open to that. So, it was very nice to work with a team like that.

You’re not new to the world of showbiz, you had a Yash Raj film debut. But how has the foray into the web-space been like?

I look at it in a positive way. I’m looking forward to doing a lot more work because at the end of the day, a lot of us are sitting at home now. And a lot of us are accessing entertainment on our phones and televisions. It’s going to take a lot of time for people to muster up the guts, the courage to get into a cinema hall.

And web is the place to be right now. Every a-list actor wants to have a slice of the web pie and it surely is putting talent back on the map. Don’t you think?

Yeah, absolutely! And there is so much good work, good content on these platforms. So, I’m looking forward to doing lot more work.

Do you miss the movies and its madness? Will we see you on the big screen soon?

I’d love to do something on the big-screen but at end of the day I have to be offered something nice. So, one has to make the best of what is offered to them. Right now, it’s in the web-space and I’m quite liking what’s coming my way. So, taking my time because I want Black Widows to come out first, I want to see the reaction of the people also because it will show me in very different light. And hoping for the best!

Black Widows will start streaming on Zee5 from December 18.

‘Mumbai Saga’ Teaser:John Abraham, Emraan Hashmi And Others Star In The Most Cliched Crime Drama

Sanjay Gupta just took us back to the eighties and not in a good way! To a time when ‘when Bombay...
Read more