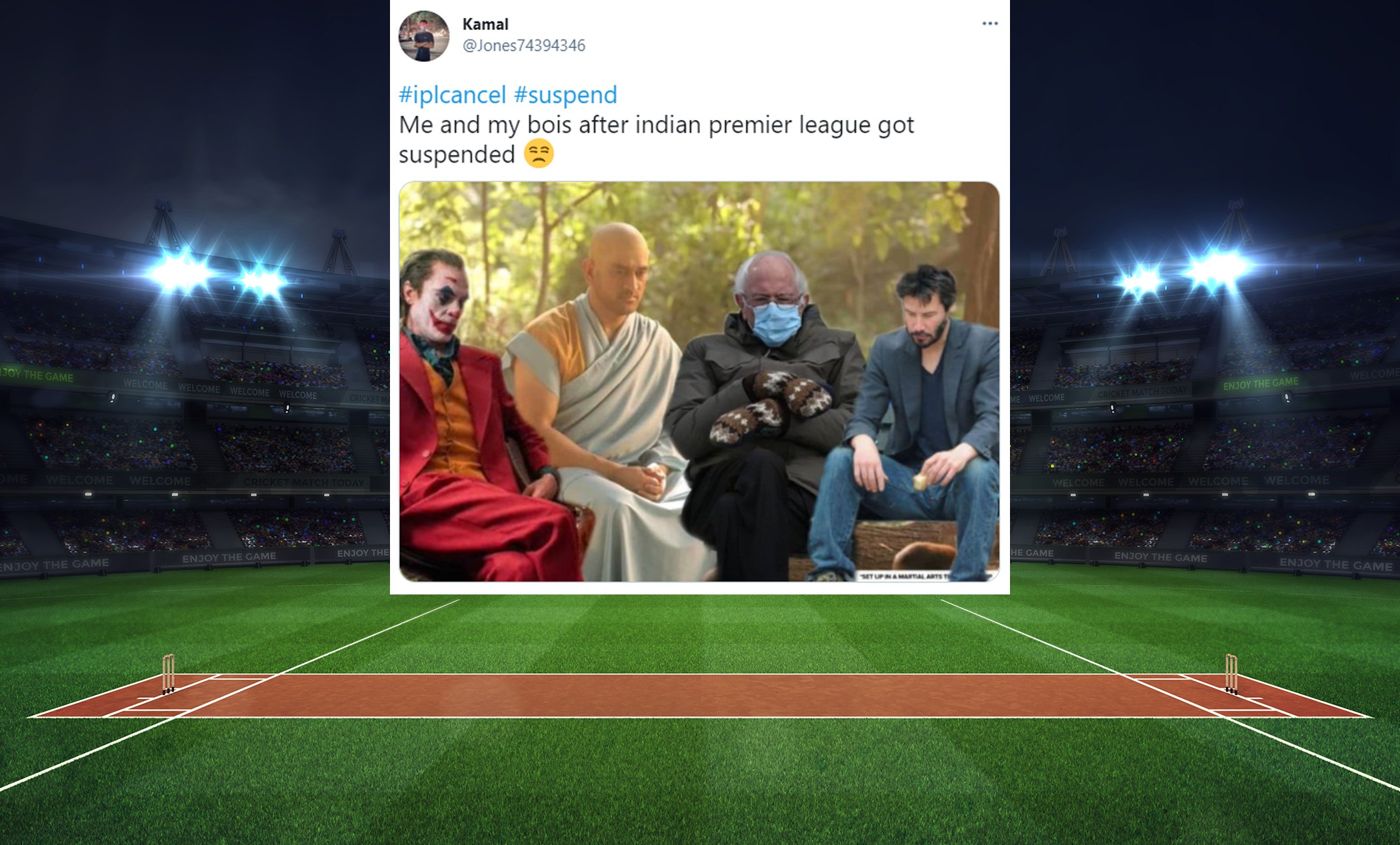 The Indian Premiere League (IPL) 2021 has been the headlines since it began on April 9. While some heaved a sigh of relief with it posing as a distraction from the alarming COVID-19 crisis, many believed that it is insensitive to have cricketers engage in sport at a time when India clearly can’t afford to. There were debates and discussions about its need and functioning with bio-bubbles environments and other vital resources along with medicos on standby for players while many commoners lost lives without procuring any of it. That and a growing tally of daily positive cases with similar or worse fates. Needless to say, there were voices that called for the suspension of the same, especially when Delhi Capitals off-spinner Ravichandran Ashwin has withdrew and mentioned COVID-19 as his reason for his departure.

SEE ALSO: Should IPL 2021 Continue Amid Deadly Second COVID-19 Wave? The Internet Has A Lot Of Opinions


As it turns out, IPL 2021 has been postponed indefinitely with immediate effect. Not because India has been registering surges in COVID-19 cases but because as many four players have tested positive. After Kolkata Knight Riders players Varun Chakravarthy and Sandeep Warrier’s diagnosis that postponed the KKR vs RCB clash, BCCI has now pushed the league because following Delhi Capitals’ Amit Mishra and Sunrisers Hyderbad’s Wriddhiman Saha positive report. According to NDTV, CSK squad is isolating as Chennai Super Kings bowling coach Lakshmipathy Balaji and a CSK travel team support staff member have also tested positive.

UPDATE: The Indian Premier League Governing Council (IPL GC) and Board of Control for Cricket in India (BCCI) in an emergency meeting has unanimously decided to postpone IPL 2021 season with immediate effect.

The official statement read, “The BCCI does not want to compromise on the safety of the players, support staff and the other participants involved in organising the IPL. This decision was taken keeping the safety, health and wellbeing of all the stakeholders in mind.” “These are difficult times, especially in India and while we have tried to bring in some positivity and cheer, however, it is imperative that the tournament is now suspended and everyone goes back to their families and loved ones in these trying times,” it added,

Needless to say, fans are devastated and are coping with the help of relatable memes. Let’s try to find humour in this shall we?

Meanwhile me who took hotstar subscription

Krunal Pandya to Covid after
IPL got cancelled

#iplcancel
*After listening to the News of IPL suspension*
Fans rn: pic.twitter.com/82jasWsfck

#iplcancel People who are only dependent on DREAM 11 foe earnings 😂😂 pic.twitter.com/UBwGlz5ldV

#iplcancel #suspend
Me and my bois after indian premier league got suspended 😒 pic.twitter.com/Fbkb8iykpF

So, what do you think of the entire episode? Is it the right step towards the right direction? Or is it too little too late? Let us know, tweet to us @MashableIndia!

Mumbai To Get Seven Drive-In Vaccination Centres In Every Zone Within 24 Hours; Citizens Hail The Prompt Move!

After the success of the first drive-in COVID-19 vaccine centre in Mumbai’s Dadar area, the BMC is gearing to build at...
Read more
Coronavirus

Watch: Mob Of Women In Gujarat Carry Water Pots On Their Heads And Walk Towards Temple. All To Get Rid Of Coronavirus!

You would think that with everything that’s happening in the country where people are dying and losing loved ones to the...
Read more
Coronavirus